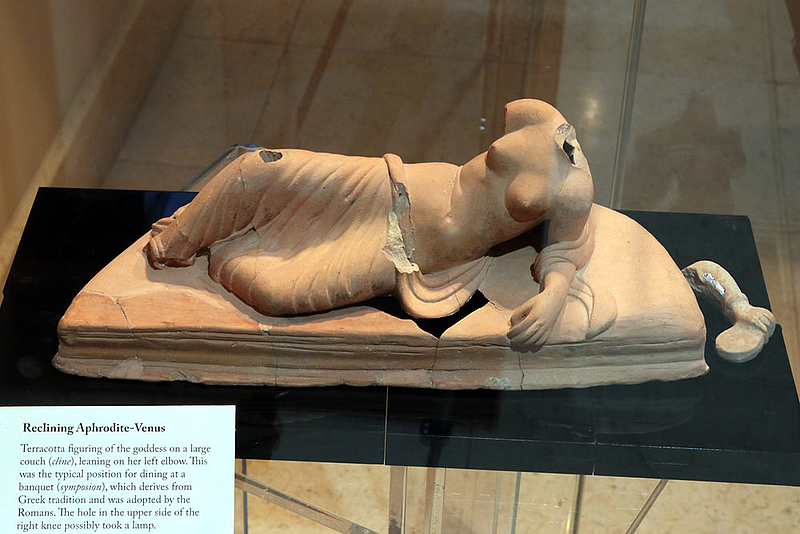 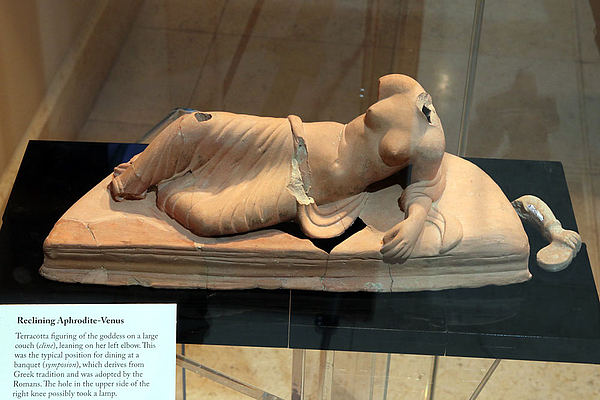 Terracotta figuring of the goddess on a large couch (cline), leaning on her left elbow. This was the typical position for dining at a banquet (symposion), which derives from Greek tradition and was adopted by the Romans. The hole in the upper side of the right knee possibly took a lamp.