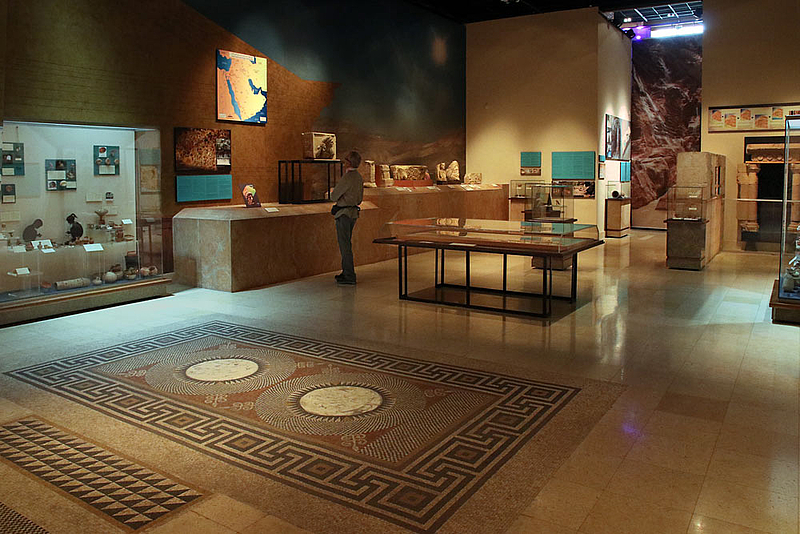 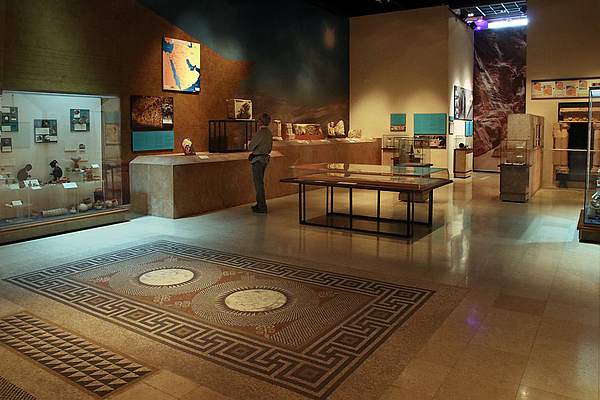 A reconstructed copy of the mosaic floor. The original one, which is on display at the Petra Archaeological Museum, was uncovered during a salvage excavation carried out by the Department of Antiquities in the centre of Wadi Musa town in 1996. Unfortunately, more than half of the original floor was previously destroyed with the construction of a modern street that cut it.

The mosaics adorned the floor of a room that was adjacent to a private bath in a Nabataean villa dating to the middle of the 1st century AD, thus it is among the oldest known mosaics in Jordan.

The layout of the floor in addition to several artistic elements reflect local forms, and is comparable to that of the mosaic from Machaerus - the oldest known mosaic in Jordan, which is dated to the first century BC. Meanwhile, the geometric motifs and the colour scheme are similar to contemporary Roman mosaics in Italy. The basic colours are white, black, yellow and red; the black in the border outlines was however substituted with dark brown.