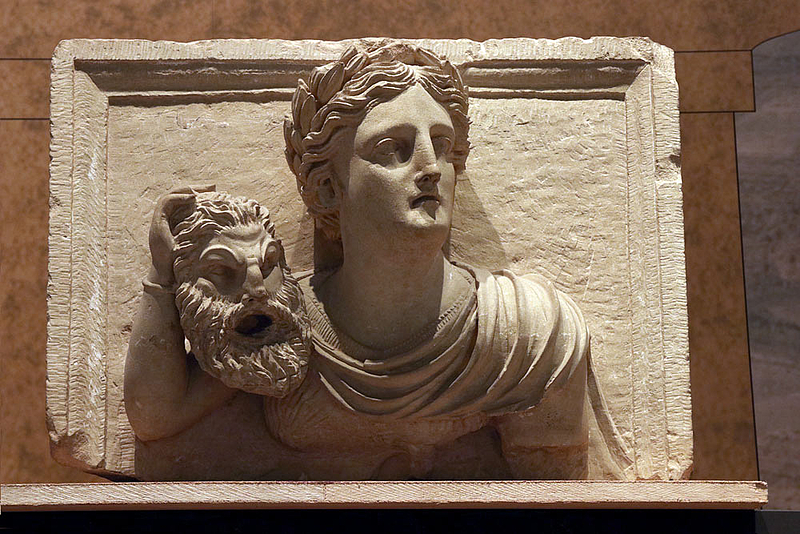 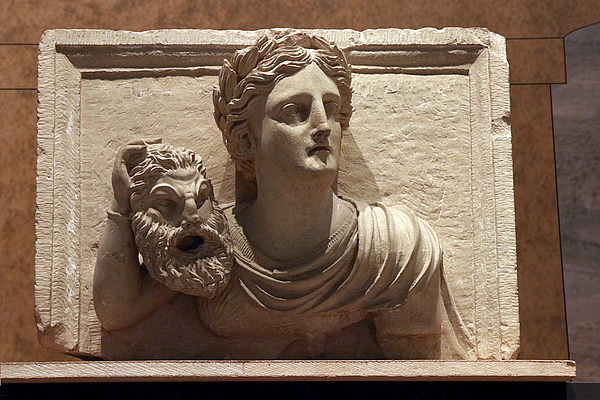 Nabataean (1st half of the 1st century AD)
Raqmu-Petra

Melpomene was one of the nine Greek muses and patron of tragedy. She is depicted here holding a mask of Pan or Satyr (god of pastures, flocks and shepherds) instead of the tragic mask usually associated with her.

This relief is one of a group of architectural sculptures that were discovered near the temenos gate of the temple of Qasr al-Bint in Petra, which probably decorated an earlier structure at the location. 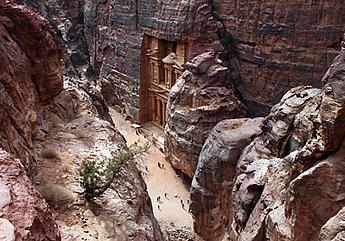