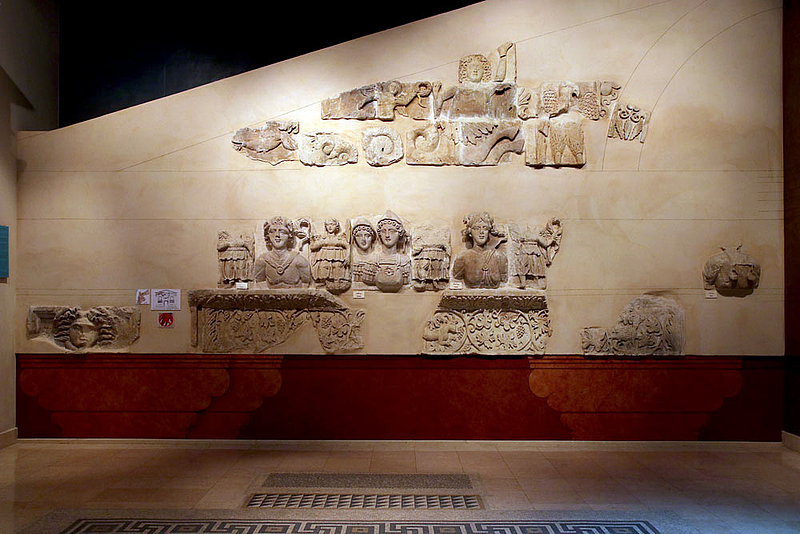 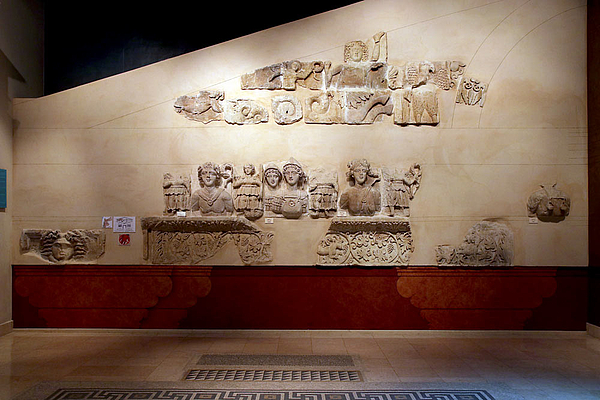 Khirbet edh-Dharih was established as a Nabataean village on a mountain slope overlooking Wadi al-La'ban, a tributary of Wadi al-Hasa in southern Jordan.

An outstanding temple with elaborately carved facade, that stood up to 15m high, was built in the village around AD 100.

At the top, a triangular pediment had sea centaurs (Tritons) with long twisted tails, crowned by flying Victories and fishes at the ends. Standing eagles guarded the central figures, which were certainly the most important for the temple. Only fragments remain to indicate what these were: a section of the head of a bearded deity (possibly Hadad / Dushara) and fine cornucopiae that suggests a female deity, possibly Atargatis / al-'Uzza. These two were the main deities at the nearby Nabataean temple of Khirbet et-Tannur. 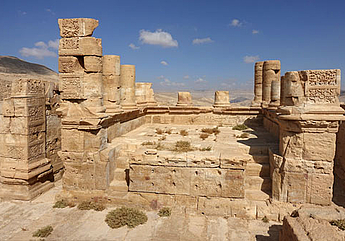