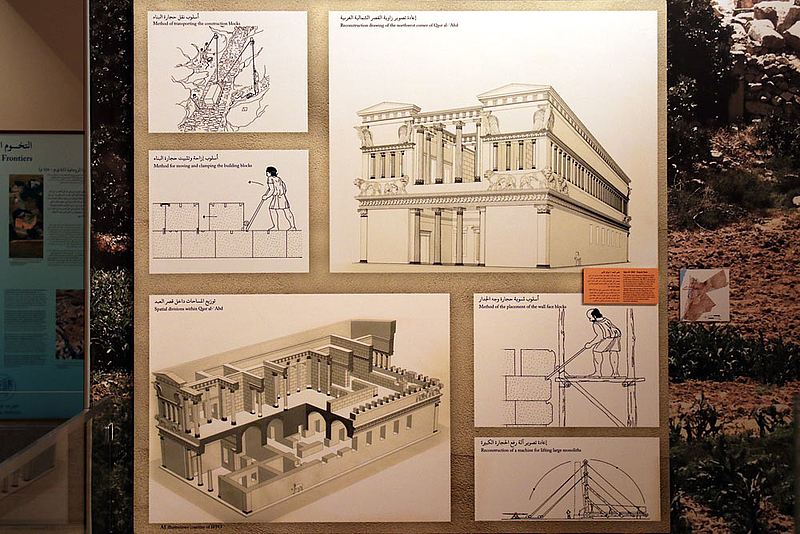 One of the most important Hellenistic sites in Jordan is Iraq al-Amir, located on Wadi as-Sir West of Amman. The site is dominated by the palace known as Qasr al-Abd, which is constructed from megalithic stones and the decorated with carved lions and panthers.

Iraq al-Amir was known as "Tyros". In 210 / 209 BC Hyrcanus of the Tobiad clan was appointed at tax collector in Jordan, for the Ptolemies of Egypt. He settled at Tyros and built his palace over seven years, after which he committed suicide and the palace remained unfinished. 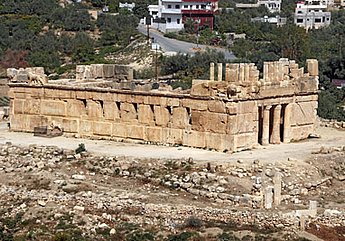 The Hellenistic palace in Iraq al-Amir, from the 2nd cent. BC, is an architectural monument of unique character in Jordan.