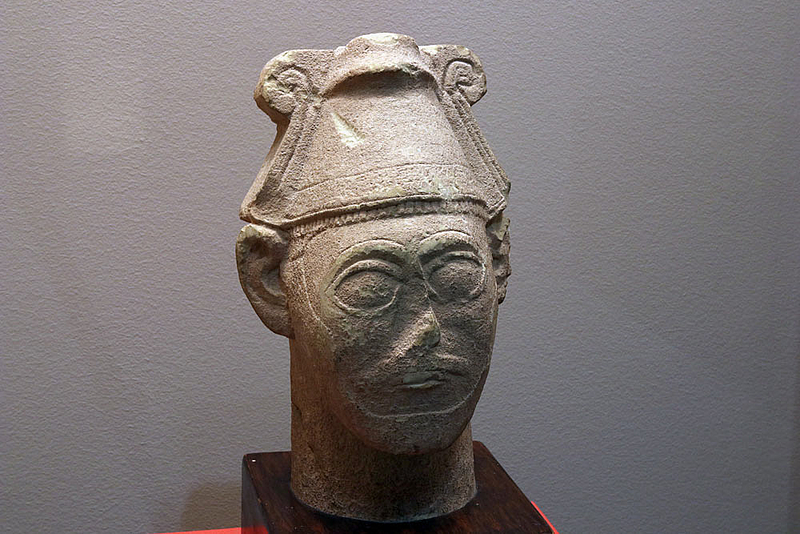 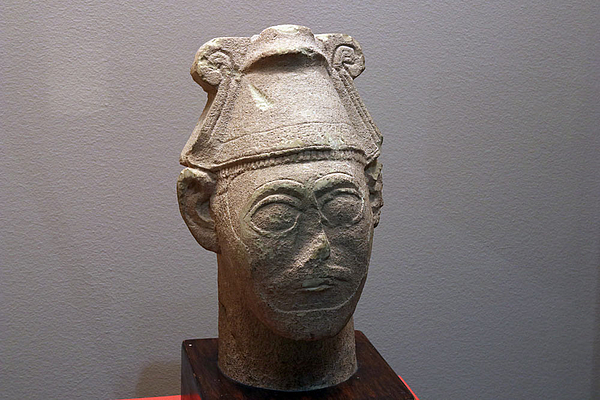 Head of a God

Male head carved of yellowish limestone with traces of ochre paint, and crowned in the Egyptian atef style. He has Western Asiatic lineament such as the beard, straight moustache, big eyes and high neck. The nose is broken, and while the right pupil is clearly marked, the left one has worn away.

Egyptian atef crowns designated gods as well as kings in Ammonite sculptures. This is probably a head of the original atef crown bearer, the Egyptian god Osiris who retains his upswept outlined Egyptian eyes but is given local Western Asiatic facial hair.

The cult of Isis and Osiris was very popular in Jordan and gained more following during the Classical periods. 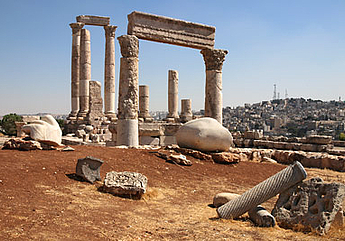