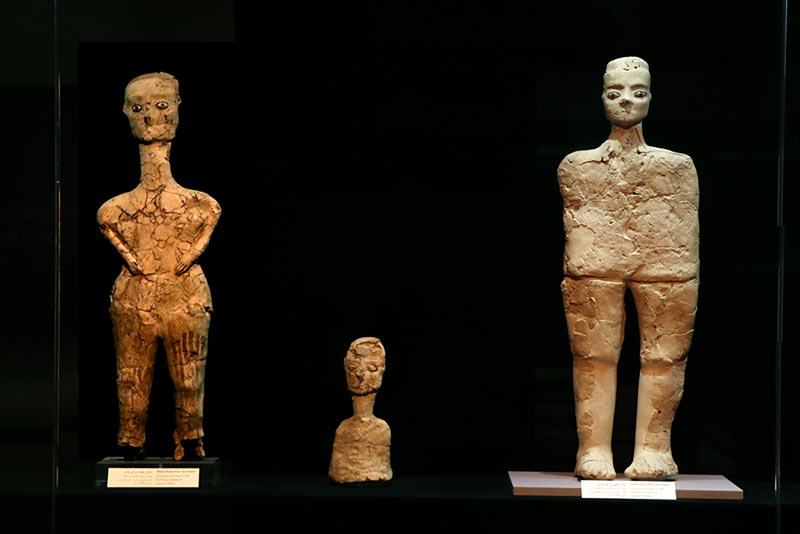 The statues are among the earliest known large-scale human figures, dated to approximately 8700 - 8500 years ago. 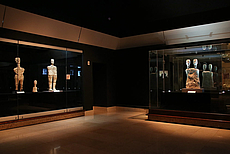 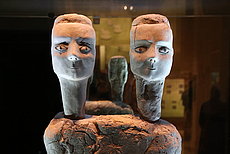 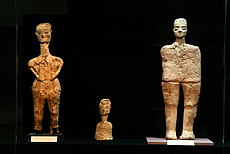 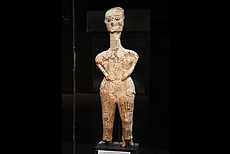 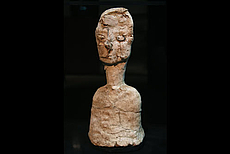 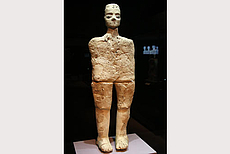 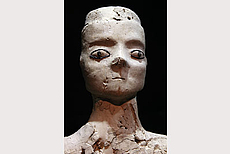 About the Ain Ghazal statues

Excavations at the Neolithic site of Ayn Ghazal in Amman, in 1983 and 1985, uncovered 32 human statues in two groups which were deposited in two different parts, with a difference of 200 years: approx. 6700 BC and 6500 BC.

The statues of both groups were found neatly aligned inside two pits specially dug for their deposition, buried under the floors of long-abandoned houses, and their general orientation was east-west, except for one.

The Ayn Ghazal statues were formed over a skeleton of reed, covered with plaster. The bodies are flat, indicating that they were made on a flat surface. The heads are emphasised and the eyes are painted with bitumen, which was brought from the Dead Sea.

Still, the exact relation between spirituality and the statues is not clear. They could have represented the ancestors because of their burial manner, which was similar to the way the human dead were buried. Alternatively they may have been mythical figures, responsible for life and fertility.

(From texts in the Jordan Museum and other sources)