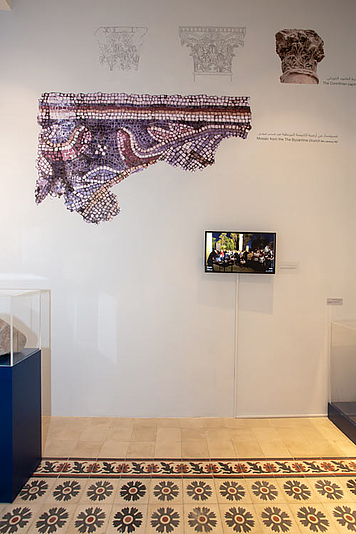 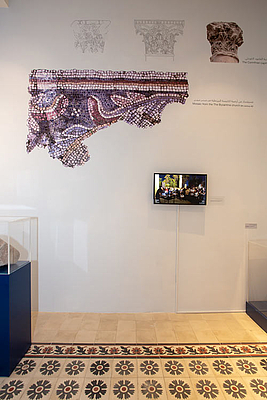 Mosaic from the Byzantine church

At the area of Darat al Funun there are the remains of a Byzantine church, probably called St. George, and built in the late 6th century, on or near a shrine to the Roman god Herakles. Abandoned in the 8th century, but used into the 20th century as a shrine to el-Khadr (a hero of a cycle of legends, who helps the needy and oppressed - in Christian tradition known as Mar Jiryis - St. George.)