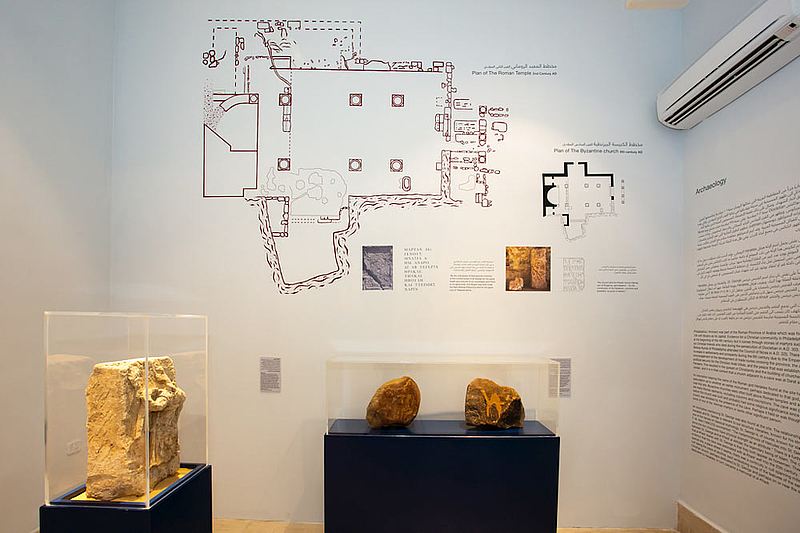 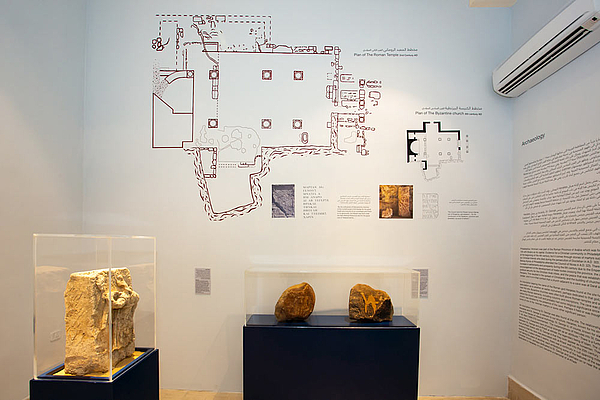 The Archaeology room remaps the archaeological remains in the garden of a 6th century Byzantine church built over a Roman temple and an adjacent cave, and displays some of the ancient artefacts found during the restoration. Dedicated to Saint George and perhaps to Herakles, the site later became a memorial for al-Khadr, recalling the history of ancient Jordan.