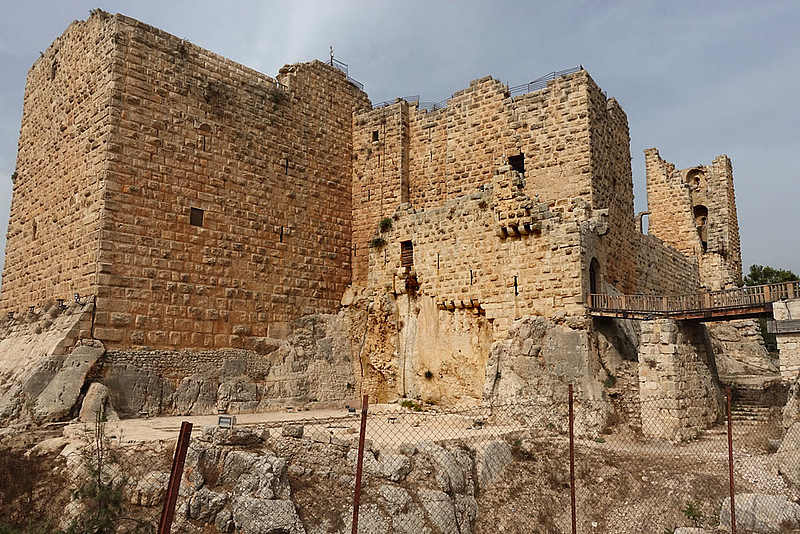 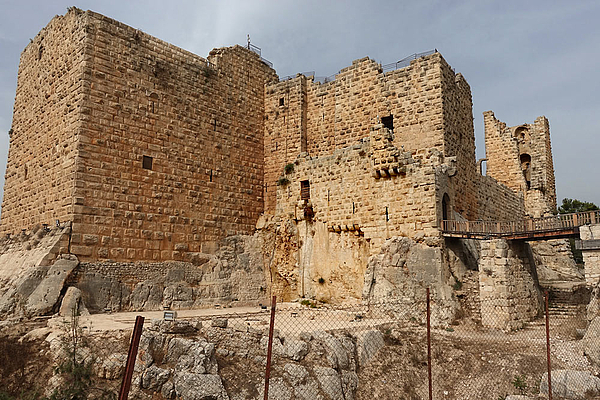 Lateral view with footbridge and moat

The L-shaped Tower of Aybak was added at a later stage (1214-15 AD) at the castle's southeast corner for extra fortification. Under the rock-cut area below it is the main water cistern. It was water-proofed with a layer of lime plaster and had a capacity of 16.590 cubic meters. Water could be drawn from an opening in the center of the roof of the cistern or from a window in the angled entrance of the castle.