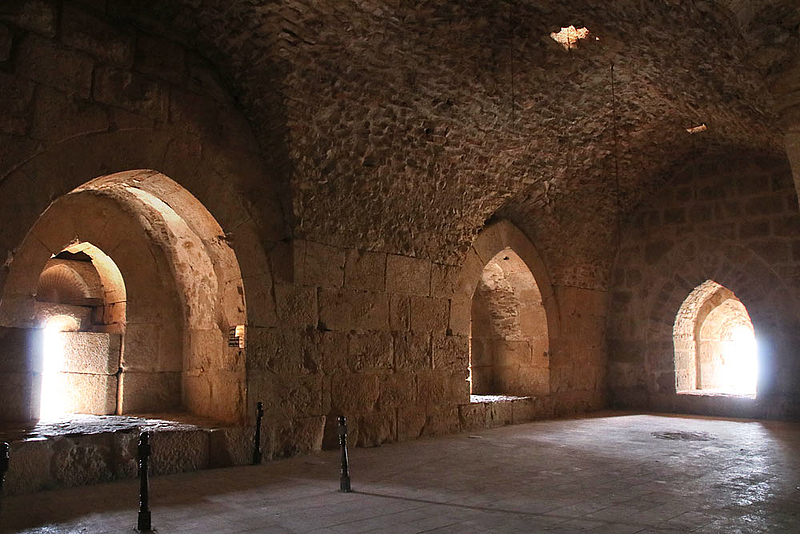 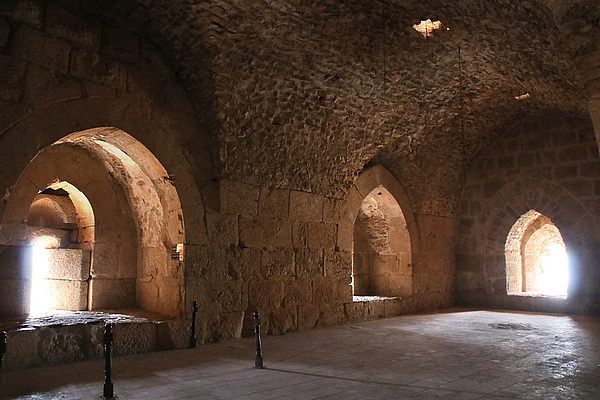 The L-shaped Tower 7 or Tower of Aybak (left from the entrance) was added to the building at its southeast corner for extra fortification. It is named after the governor of the castle, as stated in an Arabic inscription on one of the tower stone blocks: "In the name of God. This blessed tower was built by Aybak Ibn Abdullah, Master of the Greatest House, in the month of the Hijri year 611" (1214-15 AD). Each of the three levels of the tower had a different function. The lower level was used as sleeping quarters for soldiers. It is believed that the second level housed the castle mosque, as a specially carved stone located in one of the windows on that level is suspected to have been a mihrab. The third level of the tower was used as a palace.