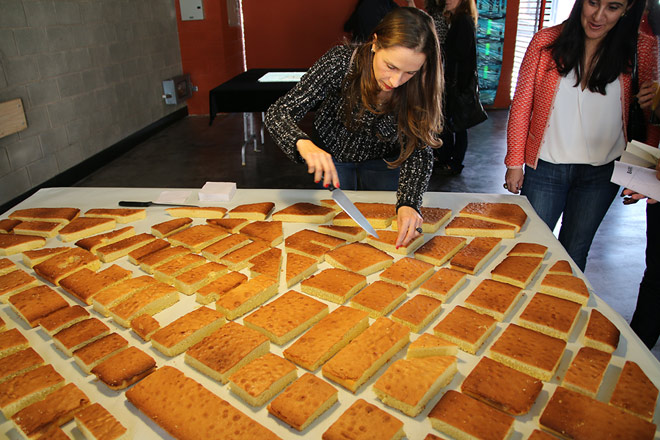 
Photos of the second workshop of Diario de Barrio (Neighborhood Diaries) in San Felipe, a project by MISOL Foundation and the collective Manila Santana.

Diario de Barrio is the winning proposal presented by the MISOL Foundation to the grant for the support of artistic projects with local impact by nonprofit entities.

It is focused on the new social actors in the neighborhood San Felipe, the floating population who works mainly in areas of products and services, as well as on the original inhabitants. Its a goal is to opening up spaces for dialogue, to share cultural objects, describe the daily places and narrate shared histories. In this way, the project seeks to strengthen the construction of collective identities and the sense of belonging in a sector of the city that finds itself in a process of transformation.

The project has different elements, including a story-collecting machine, that registers and transcribes stories and memories from the different actors in the neighborhood (artists, craftsmen, mechanics, cultural agents, shop owners, etc.), as a point of departure for dialogues and memory narrations. Based on the compiled material, a series of workshops were realized, focused on the edition of publications or newspapers, situated in the same context, and which --with their local distribution-- would contribute to the circulation of the shared histories.

Exhibitions in Chapinero and San Felipe, in the north of the city, during the Month of the Art 2014 in Bogotá.