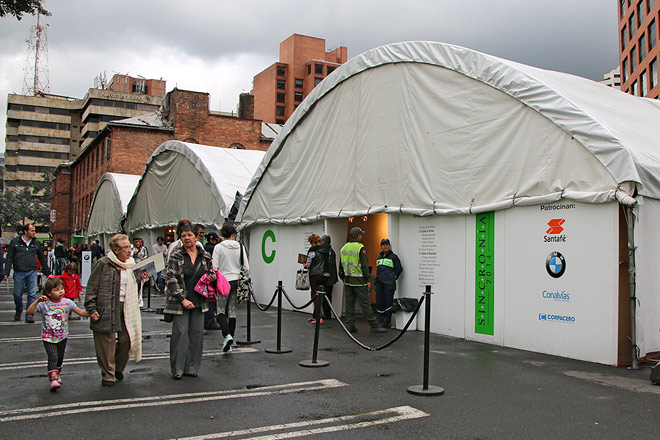 Sincronía, the art fair in the north of Bogotá, is an event organized by Lalocalidad, Espacio Alternativo para el Arte y la Cultura. The first edition took place in 2012. It didn't take place in 2013 so that the 2014 edition is the second.

The selection committee is headed by Eduardo Serrano, historian, curator and art critic.

ARTBO and four parallel art fairs in Bogotá in October 2014, the Month of the Art. Information and photos.