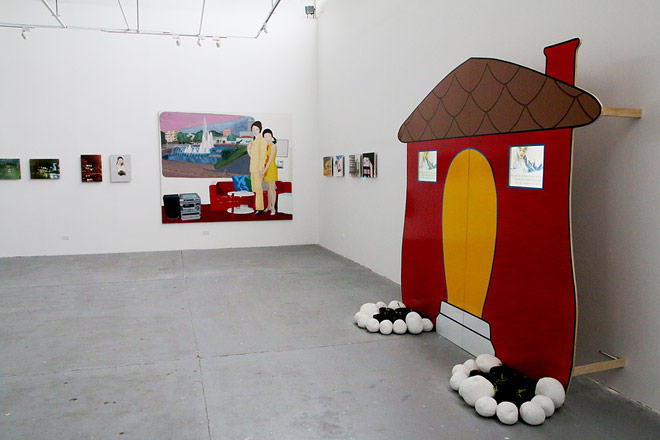 Wilson Diaz belongs to a generation of artists who, during the 1990s, looked to pop culture, to the images circulating in the media, film, television, commercial publications and entertainment. His creative journey is simultaneous to some events that changed the course of Colombian history towards the end of the 20th century. Among them, the economic opening and the rise of neoliberalism, the “8,000 Process” -- name given to the legal investigation of the events surrounding the funding of one of the 1994 presidential campaigns with drug money -- the crisis of the political institutions and the economic crisis generated by these situations and for the dismantling of the big drug rings.

The exhibition brings together several installations elaborated by the artist since 1988, some of which have never been exhibited again since their original presentation.

Winning project of the exhibition grant of Galería Santa Fe 2014, supported by the Research Deputy Dean and the Faculty of Arts of the Pontificia Universidad Javeriana.