Three decades of art in expansion 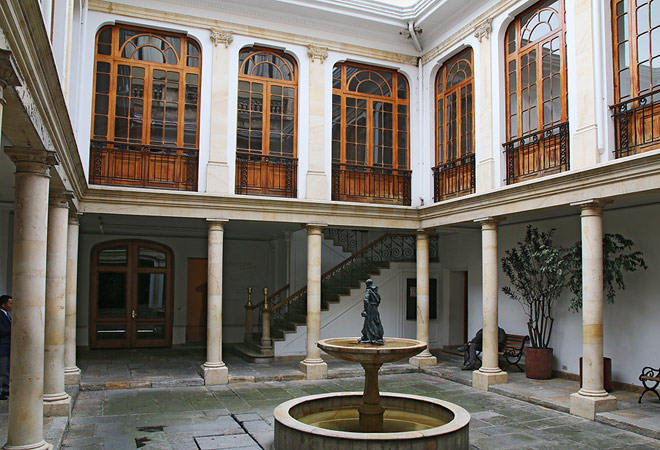 28 photos
Together yours and mine: Three decades of art in expansion, from 1980 to the present.
Permanent exhibition, since
8th November de 2014
Casa Republicana,
Biblioteca Luis Ángel Arango

This exhibition, composed by a selection of works from the Bank of the Republic’s Permanent Collection, is a sample of contemporary art produced between 1980 and the present, emphasizing Colombian art but also including a few works by other Latin American artists, and a smaller number by European artists. The selection includes some of the most important works done in Colombia during the past three decades, reflecting the conflicts and forces that agitate a volatile and turbulent society.

The works are organized in seven categories: Memory, Resistances, Bodies, Expanded Mediums, Methodologies, Spaces and Geometries. These groups are examples of some of the more relevant ideas and practices of contemporary art in Colombia.