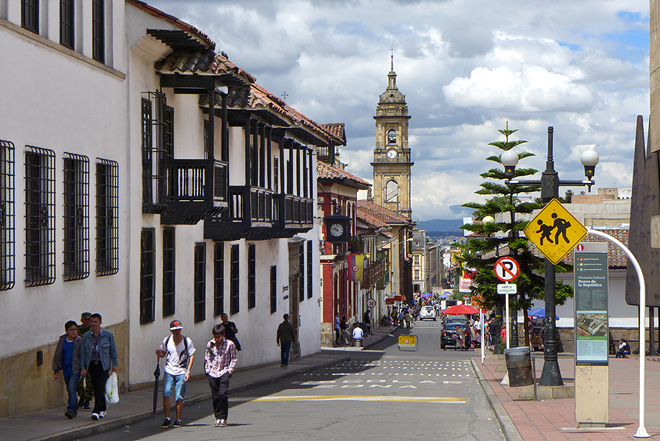 In this first part of the UiU Special about the Month of Art 2014, we would like to introduce you with a photo tour to the historic and cultural heart of the city, where the venues of the selected exhibitions are located.

In this area, which was near the Muisca settlement of Bacatá, on August 6, 1538, Spanish conquistador Gonzalo Jimenez de Quesada founded the city first known as Santa Fe, and later as Santa Fe de Bogota. In the centuries that followed, the Plaza Mayor (Plaza Bolivar of today) and the main church (later the Primary Cathedral of Bogota) became the center of religious and intellectual power of the city and the country.

Many buildings from colonial and republican times and several from the 20th century house important museums and other cultural institutions. We include a few of them in this photo tour. They will later be introduced separately in the context of the Art Destination Bogota project.