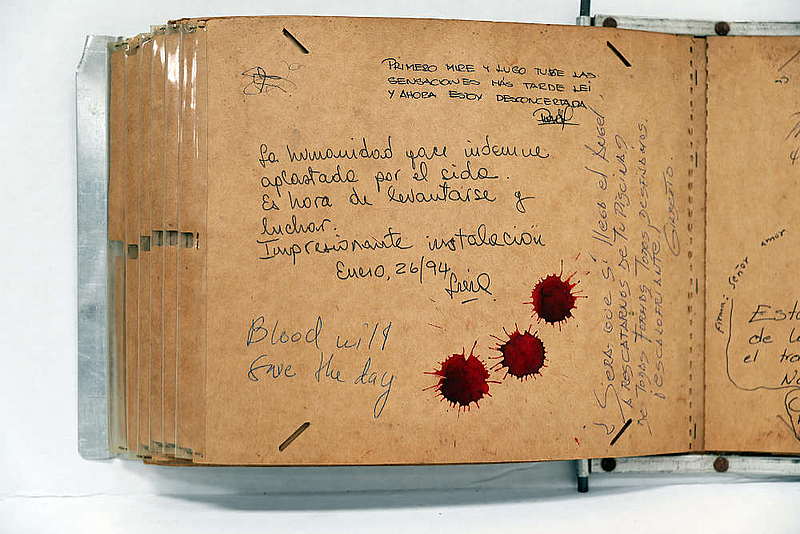 Seropositivo was an installation first presented at MAMBO in 1994, which explores the ethical and moral crisis of society in the face of HIV/AIDS. The artwork (see the second photo above) is a photograph of the naked body of Arias covered by thousands of laboratory platelets with traces of blood. The platelets, assembled as blue tiles and illuminated by neon lights, resemble a pool, where the artist is floating or sinking. Seropositivo was the culmination of the investigative process that Arias started with Análisis (1992) and Cuarto frío (1993).

For this exhibition, Arias revisits the artworks and exposes the context that led him to produce them, focusing on the touching comment book that the visitors of Seropositivo left 26 years ago. Through the stories, poems, and writings of the book, the artist invites us to reflect on whether there has been a change in perception and stigmas related to the disease, almost three decades after presenting the work at MAMBO.