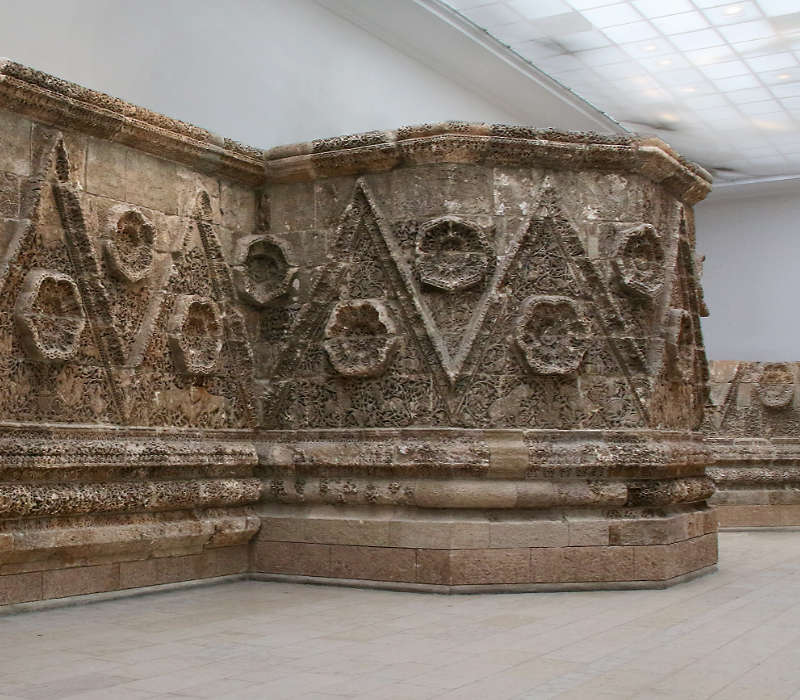 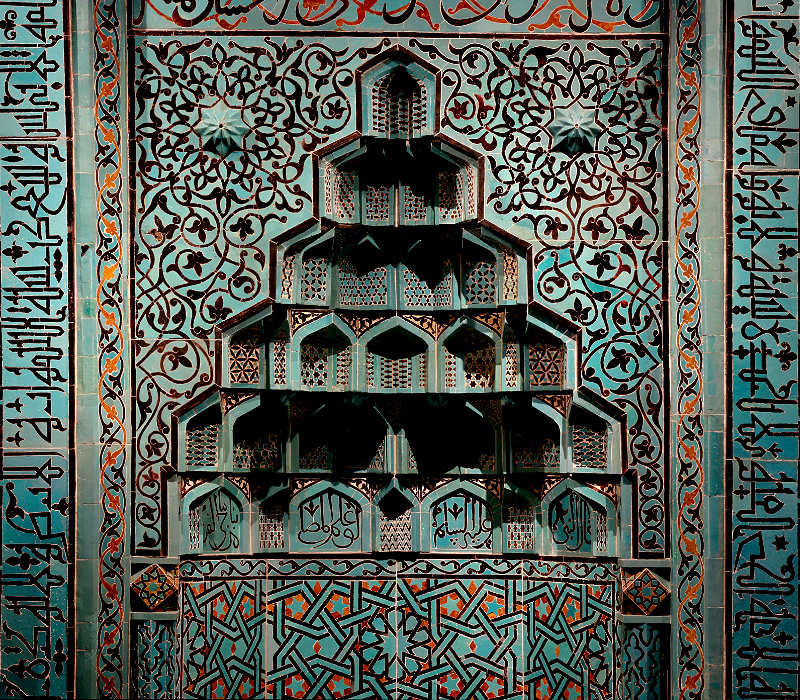 The Museum of Islamic Art in the Pergamon Museum on Berlin's Museum Island (UNESCO World Heritage Site) is the only institution of its kind in Germany and the oldest outside the Islamic world (founded in 1904). With its approximately 100,000 works of art and crafts as well as objects of material culture originating in Islam-molded societies and the Christian and Jewish groups living among them, it is one of the most important collections of Islamic art worldwide.

Among the main attractions of the exhibition are the monumental Mshatta façade of an Umayyad palace in present-day Jordan from the mid-8th century, archaeological finds from the Caliphal cities, the Aleppo Room and the unique dome from the Alhambra in Granada. 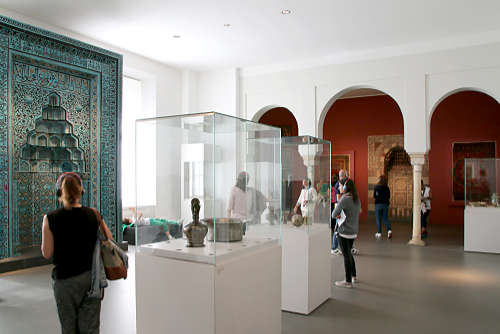 Photos and information of a selection of exhibits on display at the Museum of Islamic Art. 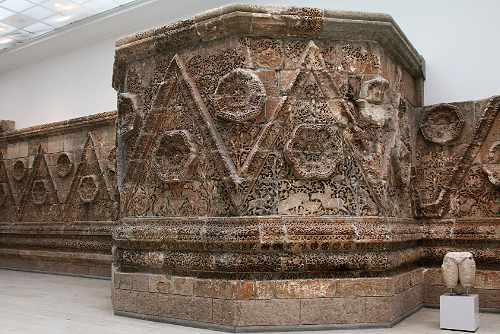 The decorated part of the façade of the Umayyad palace Qasr al-Mshatta (today's Jordan). 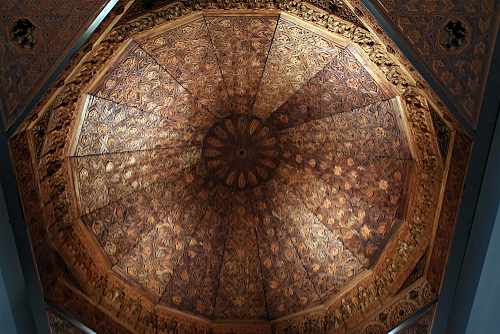 The dome with splendid star decorations is an outstanding example of Islamic woodcarving art.

The collection of the Museum of Islamic Art comprises all periods of Islamic history from the 7th to the 19th century as well as ancient South Arabian and Persian artifacts. It was established on the initiative of the art historian and museum expert Wilhelm von Bode (1845-1929), who incorporated a department for older Islamic art into the Kaiser Friedrich Museum (now the Bode Museum), which he conceived and opened in 1904. Bode fought against the then widespread opinion that Islamic art was only a template for German applied arts. For him, European and Islamic-influenced art were of equal value and closely interconnected.

The official reason for the foundation of the "Islamic Department" was the extraordinary precious gift of the Mshatta façade of the Turkish Sultan to the German Emperor (read more). Wilhelm von Bode, who had been instrumental in preparing this gift, donated his own carpet collection to the new department. Today the museum holds one of the most important carpet collections worldwide and is a center for international research and scientific conservation in this field.

In the first decades of its existence, the Islamic Department grew primarily through private donations and endowments. A series of large archaeological excavations were carried out on behalf of the museum, so that through the division of the finds, first-rate art treasures found their way into the collection. These include, for example, the exhibits from the Abbasid palaces in Samarra (in present-day Iraq).

Further highlights of the collection are the large prayer niches from Kashan (Iranian province of Isfahan) and Konya (today's Turkey) as well as the Damascus niche. Just like the many smaller objects such as ivory carvings, ceramics, wall tiles or metalwork, they bear witness to the high aesthetic, artisanal and technical level of the masters and fascinate by the richness of colors, shapes and patterns.

The Museum of Islamic Art is one of the leading research institutions in this field and is also committed to restoration, protection of cultural heritage and cultural exchange in the countries of origin. With its educational projects in schools, associations and social organizations, the museum plays a leading role in cultural education about the art and culture of Islamic societies. Its "Multaka" program, in the framework of which refugees from Syria and Iraq guide through four Berlin museums, has received numerous awards.

© Texts and photos are protected by copyright.
© Introductory text compiled and translated from German by UiU from information and texts of the Museum für Islamische Kunst.
© Photos: Universes in Universe, unless otherwise indicated. 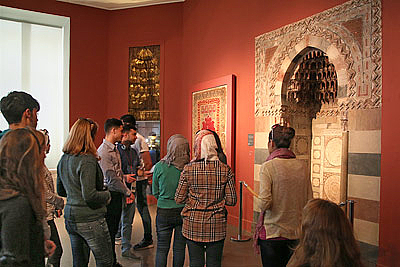 Refugees with Syrian or Iraqi backgrounds as museum mediators present their favorite objects, and what these mean for them and for the groups they guide. 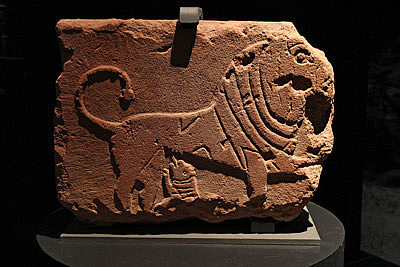 Archaeological Treasures of Saudi Arabia; travelling exhibition. Photo tour through the presentation at the Pergamon Museum in Berlin, 2012. 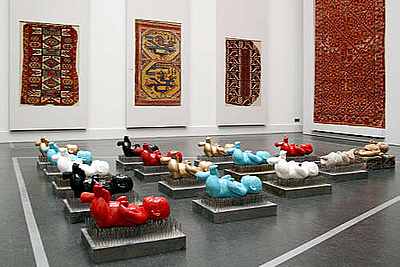 An insight into gender and role models in Iran. Works by contemporary Iranian artists, Museum of Islamic Art Berlin, 2008.