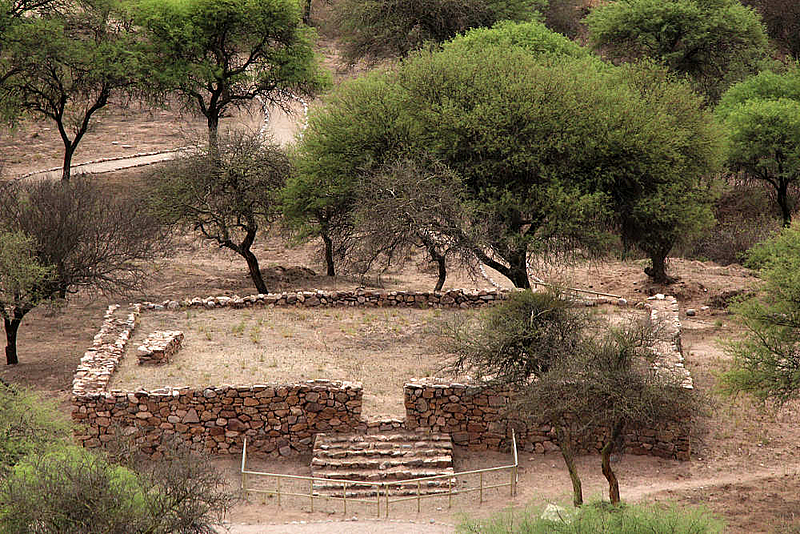 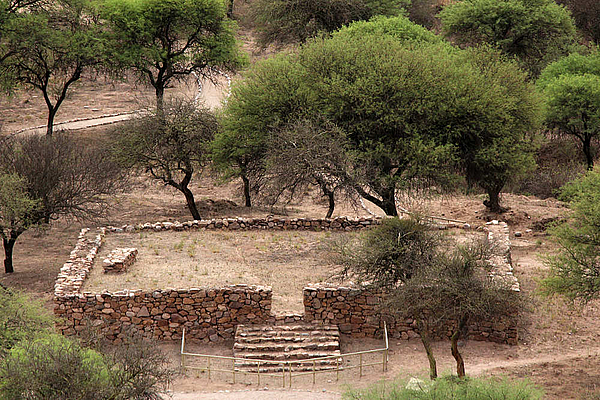 The ushnu in the center of the plaza was one of the most important elements in the social, political and religious life of the Tawantinsuyu. As a symbolic architectural structure of power, it is found only in places of special importance, for example a wamani capital, as is the case of El Shincal. It was a kind of stage where local authorities were honored, judgments were pronounced, religious ceremonies with libations and offerings were held, and astronomical observations were made by installing a gnomon (a guiding object that casts a shadow on a plane).

The ushnu of El Shincal is the largest built by the Incas south of Lake Titicaca. A square of 16 m side and 2 m height, it features a slightly truncated pyramidal shape with double walls 1 m thick, built with blocks of cut stone and filled with mud mortar and stone fragments. It can be accessed from the west by a staircase of nine stone steps, which leads to a trapezoidal doorway. In its interior it had a floor paved with small pebbles brought from the shores of the Simbolar stream. This cocha was used for libations and offerings. In front of the north wall there is a tiana or Inca throne, a stone bench made of flat blocks, about 3 m long and 80 cm wide and high.

The ushnu of El Shincal was reused in colonial times during the second indigenous rebellion against the Spaniards (Great Diaguita Uprising - Gran Alzamiento Diaguita) commanded by the cacique Chelemín in the 1630s. Different authors observe that it was used for festive events or pachamanca (ceremonial cooking) for which the floor was perforated.