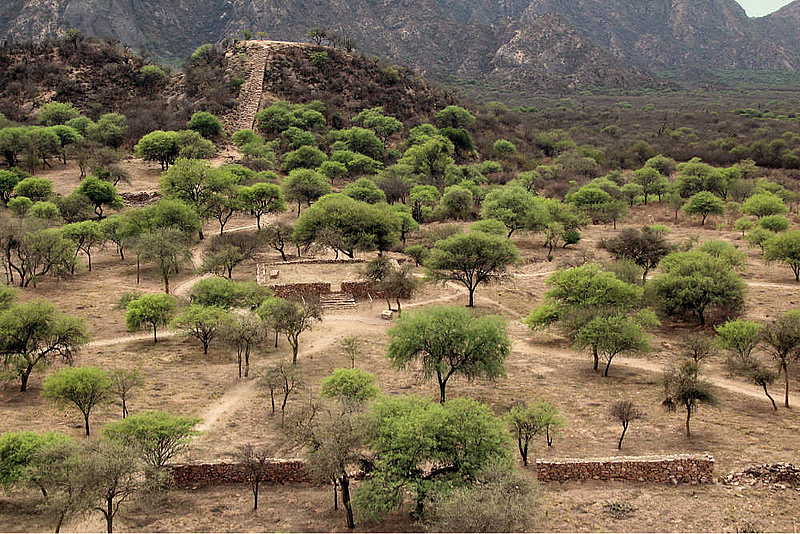 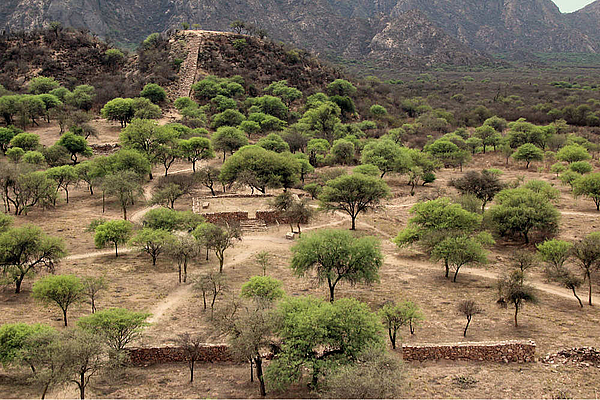 The aukaipata or central square defined the public meeting place for the festive, ceremonial or political gatherings. Square in shape, it measures 175 x 175 meters and its sides are arranged according to the cardinal directions.

In its center is located the ushnu or ceremonial platform.

Towards the southwest of the plaza there is a double wall of 60 m length and approx. 0.80 m width in its base, with four doors or trapezoidal openings of 1 m width. The specialists interpret it as a symbolic threshold, an architectural element that limited the visibility and determined the approach to the ceremonial space of ritual and power from the main access.

In the background, the Eastern Cerro Aterrazado (a sacred hill, artificially flattened and accessed through a stone staircase.)