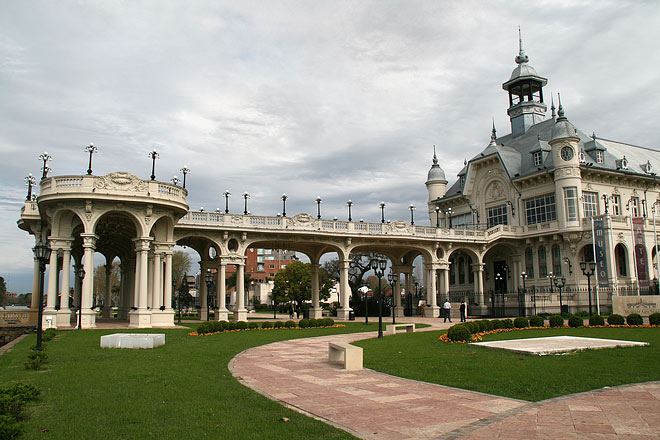 The Tigre district (situated 30 km from the center of Buenos Aires) encompasses the first section of the the Delta of the Paraná river. The city is separated from the area of the Delta by the river Luján.

Its building of French-Italian style was constructed in 1912 based on a project of the French architects Pater & Dubois. Facing the río Luján it was the headquarters of the social club Tigre, a place for meetings, partys, enjoyment, and casino of a wealthy group of the society of that time.

The building ensemble was declared National Historical Monument in 1979.

After extensive reconstruction and remodelling work, it was inaugurated as museum in 2006.

View of the river Delta of the Paraná

Excursion through the exuberant Delta of the Paraná river, 30 km from downtown Buenos Aires.