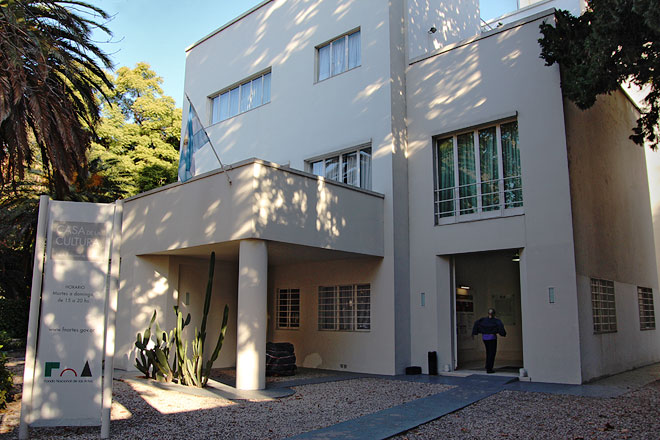 Built in 1929 by the architect Alejandro Bustillo, upon request of Victoria Ocampo. Inspired in the rationalism of Le Corbusier, the house is one of the first modern buildings in Buenos Aires. The writer and essayist Victoria Ocampo was the founder of the journal and publishing house Sur, which promoted literary works from important Argentinean and international authors. The journal had its first headquarters in that house.

Characterized by pure lines, generous spaces and white walls, the building stands out among the examples of Frenchified architecture that surround it. The project was very criticized in its time. Architect Bustillo, whose preferred style was the French neoclassical, didn't want to sign it. In contrast, Le Corbusier pondered its purism during a trip to Buenos Aires.

Since 2005 operates there the Casa de la Cultura del Fondo Nacional de las Artes, the cultural center of the National Fund for the Arts.

Its main goal is to promote the artistic expressions of the different regions of Argentina. It organizes exhibitions of visual art, concerts, film screenings, conferences, etc. Through Palermo Chico to the MALBA

From Av. del Libertador to the Museo de Arte Decorativo, art and cultural institutions, beautiful parks, to the MALBA