The Szechwan Tale: Theatre and History 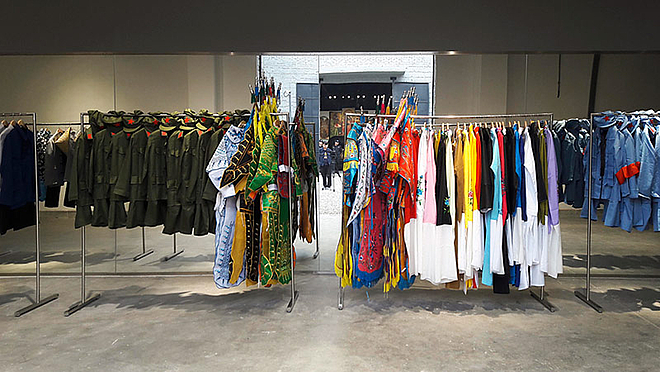 Curator: Marco Scotini
Artistic Director of the FM Center for Contemporary Art and Head of the Visual Arts and Curatorial Studies Department at NABA, both in Milan. He is also Head of exhibitions at PAV, Turin. He is the curator of 2nd Yinchuan Biennale.

The Szechwan Tale.Theatre and History focuses on the relationship between the theater (as the space of masks) and history (as a plot in the making). There are two topics underlying the origins of the thematic choice of this section. The first is the very location of the Biennale, in Sichuan, as the fictional background to one of the most popular and mature works of the German playwright Bertolt Brecht: The Good Person of Szechwan written in 1940. The other topic is the famous plastic clay group of 114 life-sized figures from 1964 hosted in the city of Anren and entitled Rent Collection Courtyard. In both cases, and despite their differences, they concern the ongoing dialogue, between the East and the West, between the past and the present, around finding in theatrical play (of masks and unmasking) a series of references, contaminations, exchanges and fictional or real projections.

As we know, despite never having been to China, the great German dramatist projected many of his scenic parables and poetic texts into a Chinese environment, from The Decision (1930) and The Caucasian Chalk Circle (1943-45) to the Legend of the origin of the book tao-te-ching. Brecht, furthermore, attributed the ‘estrangement effect’ of his didactic theatre to traditional Chinese scenic arts.

On the other hand, the work in the Sichuan Academy, Rent Collection Courtyard, with all its life-sized figures and its articulation in narrative scenes, combines local, plastic procedures with western sculptural realism.

The exhibition will cover all these subjects within a sort of meta-theatre in which a series of international and Chinese artists provide a deconstruction of the tools of the theatric machine, such as: the audience, the curtain, the actors (the automaton, the puppet, the shadow theater), the costumes and the backdrops (a changing and unchanging environment), the text and the music, as metaphors of an equal number of social phenomena and of their historic nature. The curator will use theatrical techniques to put on show the exhibition, using one of Brecht’s principles, by means of which the world can become the object of representation as long as it is presented as something that can be changed.

The exhibition is dedicated to Heiner Müller.