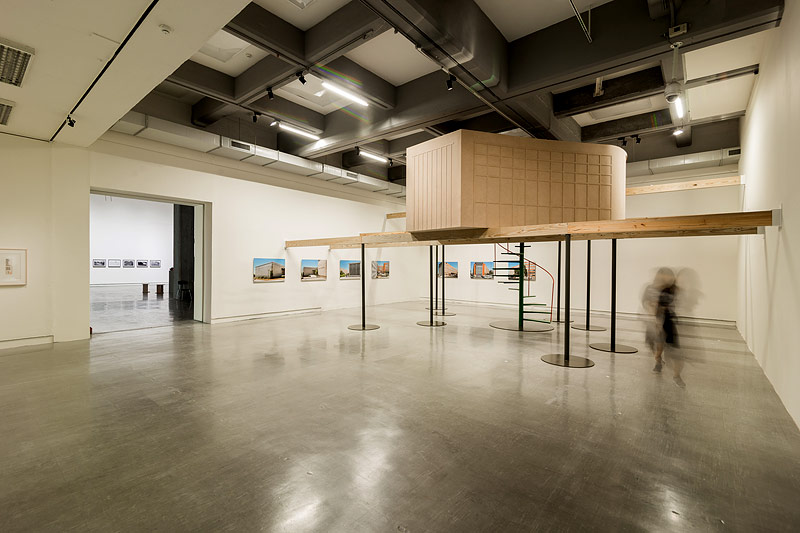 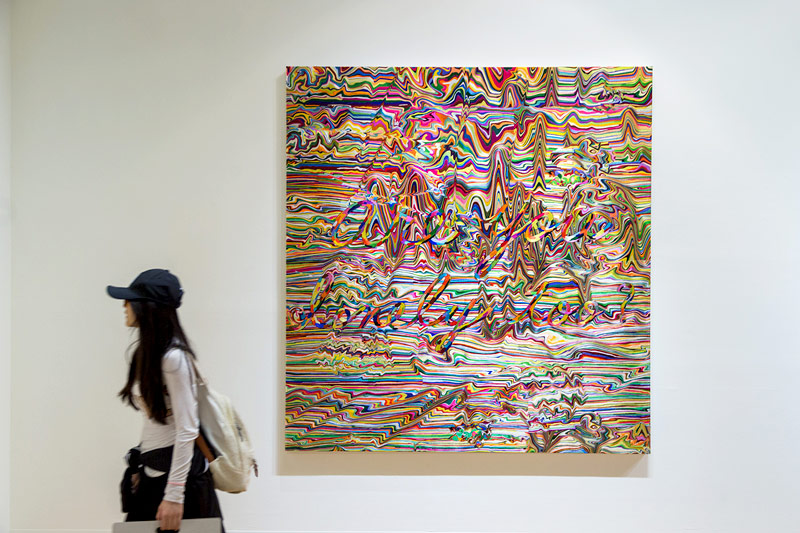 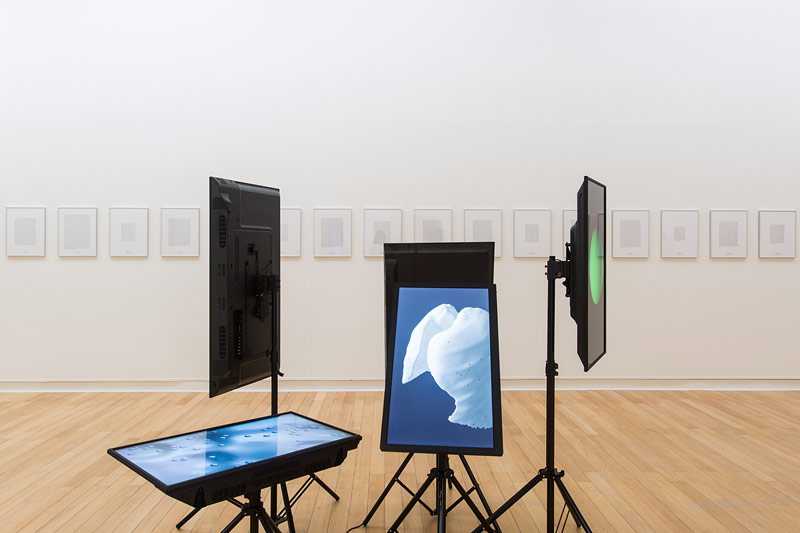 Thema: Gestures and Archives of the Present, Genealogies of the Future

Gestures and Archives of the Present, Genealogies of the Future 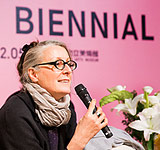 Gestures and Archives of the Present, Genealogies of the Future aims to explore the museum’s catalytic role in navigating between knowledge systems and in the experience of trans-artistic practices and research in societal configurations that take into consideration cultural paradigm shifts. Treating the biennial as a matrix, an organic whole with its various forms, intensities, rhythms, and traces, it engages “performing the archives, performing the architecture, performing the retrospective” and the invention of narrative apparatuses and reflexive images in relation to artistic productions and practices of thought with a firm grip on historical conditions and realities, which play along with or resist realities to come, or whose advent is impossible.

With works that aim to keep alive the collective, imaginary memory of potentially yet to be revealed images, the biennial proposes to unravel relations to archiving or anti-archival gestures and modes of memorization in an effort to shed light on their readings/usage and potential appropriations, considering that their geneses are closely bound to a “critical intimacy” between the artwork and the spectator/visitor. Doing so, it aims to contribute to a coherent critique of institutional bureaucracy so that radical thought does not lose its vital center and ability to disarm configurations of power, thereby unlocking human imagination out of dead zones to explore heterogeneous narratives and allow common memory to disseminate and settle.

The biennial’s program offers a space embracing artistic experimentations and debates with various publics, reconfiguring the logic of what is shared, a site for public staging in relation to an idea of art as well as to evolving acts and forms seeking emancipation from the dominant narratives that rule social life.

With the production, co-production, and presentation of a large number of new artworks, films and performances from Taiwanese, Southeast/East Asian, and international artists, the biennial has become a major actor in supporting contemporary art in Taiwan. Exploring historical coincidences and resonances, some invited artists are also proposing evocations and presentations, with visual, performative, or discursive configurations, that engage with seminal artistic gestures and the corpuses of major artists of the last century that have nourished their own practices, including John Cage, Lygia Clark, Marcel Duchamp, Valeska Gert, Le Corbusier, Hannah Ryggen, Yvonne Rainer, Ad Reinhardt, Witkacy, and Yeh Shih-Chiang, among others.

The ExhibitionGestures and Archives of the Present, Genealogies of the Future at Taipei Fine Arts Museum accompanied by a program of film screenings in the biennial’s “little cinema,” and the artist-in-residence project at Taipei Artist Village opened to the public on September 10, 2016. A number of other installations, by artists such as Nida Sinnokrot, Tiffany Chung, and Christine Meisner, will be deployed in November, December, and January.

Throughout the Taipei Biennial, workshops are being organized with cultural and educational partners, and a rich Program of Performances will take place at the Taipei Fine Arts Museum and other venues, including specially commissioned pieces for the biennial, demonstrating the collective capacity of artists to invent paths allowing trans-disciplinary experimentation.

Starting on December 9, for a period of four weeks, the museum will host Retrospective, an exhibition within the biennial’s exhibition conceived by Xavier Le Roy as a choreography of actions by 15 Taiwanese performers.

The Taipei Biennial Symposium, divided into three parts, will be held September 10 – 11, November 26 – 27, 2016, and January 13 – 15, 2017. It aims to bring together a large public with artists, theorists, and researchers around lectures, presentations, discussions, screenings, musical events, and performances.

The Editorial is a critical editorial platform organized in collaboration with Asia Art Archive in Hong Kong and Vernacular Institute. It will take place at the museum December 10 – 11, 2016, with a rich program of talks, readings, discussions, workshops, book launches, and publishing material. 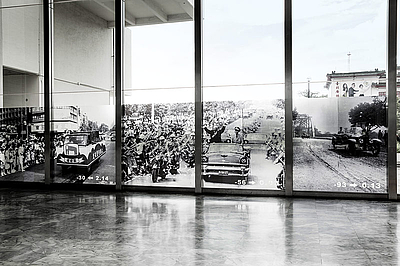 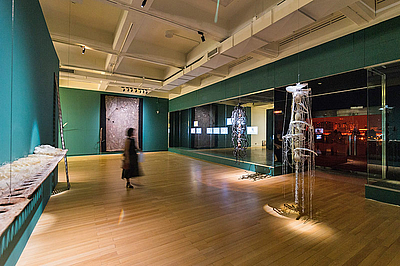 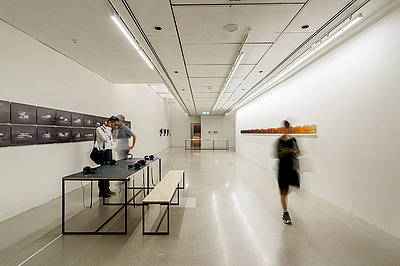 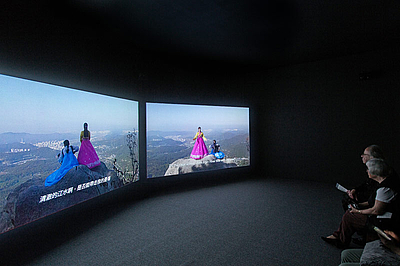