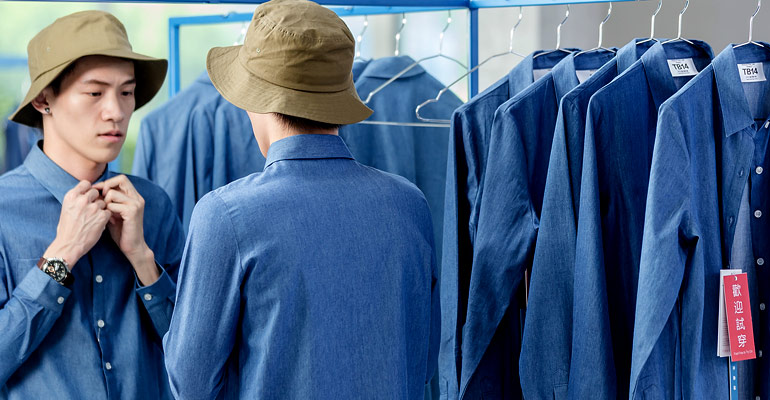 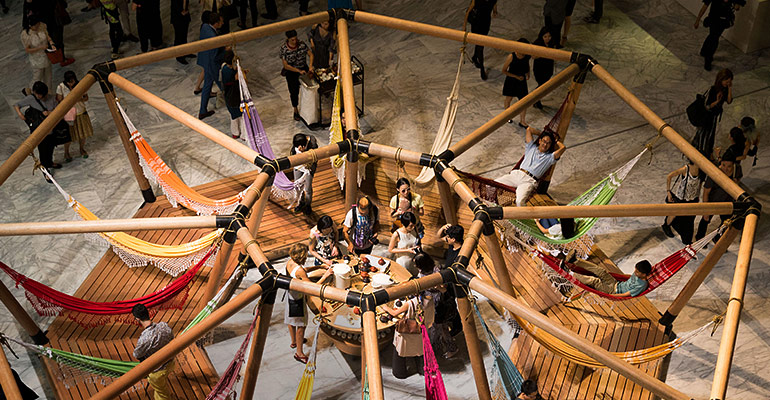 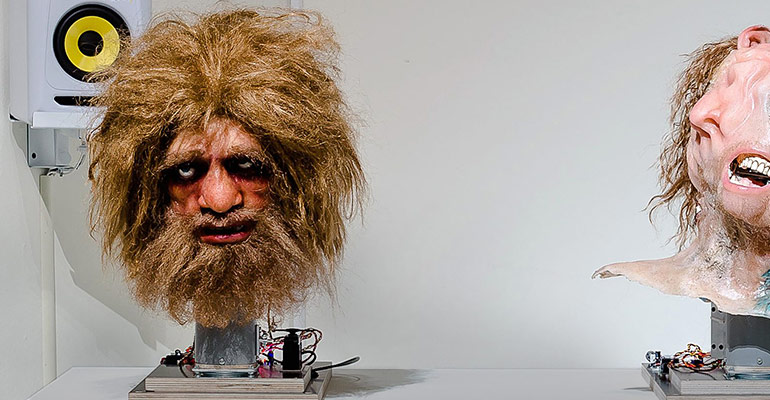 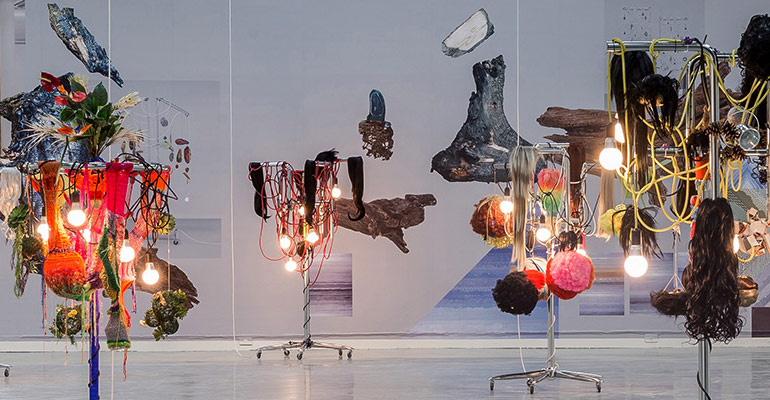 The Taipei Fine Arts Museum presented the 9th Edition of the Taipei Biennial from 13 September 2014 until 4 January 2015. The exhibition was accompanied by live performances, talks, readings and conferences, as well as publications.

The 9th Taipei Biennial is headed by the French art critic/curator Nicolas Bourriaud (born 1965). Titled "The Great Acceleration" the event refers to the idea of the Anthropocene, our current geological era, which is marked by the effects of human activities on the biosphere.

Nicolas Bourriaud, Director of the Ecole des Beaux-Arts, Paris (ENSBA) since 2012, is best known amongst his peers for his book Relational Aesthetics(1998) in which he attempted to reveal the new approaches to contemporary art in the 1990s by addressing an aesthetic of the inter-human, of encounters and of transforming social contexts.

In the Taipei Biennial 2014, curator Nicolas Bourriaud will expand on his theory of relational aesthetics, examining how contemporary art expresses this new contract among human beings, animals, plants, machines, products and objects. The exhibition will highlight the way artists focus on links, chainings, connections and mutations, and how they envision planet earth as a huge network, where new states of matter and new forms of relations appear, forming a new state of the "ghost dance" between people and objects that Karl Marx has described in the 19th century.

Today, the sphere of inter-human relations cannot be conceived apart from the factors of environment and technology. Similarly, how could art develop independently from them? This is why, since the beginning of the 21st century, contemporary artists have tended to explore the ties binding living beings with objects, the machine with the body, and the technological with the social – and to experience their interdependence – in order to renegotiate their relationships with both the technosphere and the biosphere.

In the West, some philosophers are critically re-evaluating the concept of such a new ecosystem, and are drawing from Chinese philosophy as a basic conceptual contrast to Western philosophy. For example, in the cosmology of Zhuangzi, time and space are infinite, without beginning or end. The free transitioning among object and object, object and person, without boundary or condition, he called the "Transformation of Things." Graham Harman, meanwhile, considers everything as an "object", whether physical, fictional, living or inert. In fact, this radical Western philosophical view of universal objectification distantly echoes Chinese thought.

Through such cultural and technological cross-pollenization, a possible global refoundation of aesthetics is taking shape at the present time. From this perspective, through the discipline and practice of contemporary art, the Taipei Biennial 2014 will attempt to examine art and its new ecosystem in a global set of relations.

Since 1998, the Taipei Biennial has launched its international programming in the city by inviting guest curators to contribute to an enriched environment, cross-cultural practices, and to showcase disciplines and new practices of art today. But the Taipei Biennial also endeavours to address social and historical issues concerning the city (Taipei) as a place, not merely a venue, by mixing artists and elements of the city.

In light of this, the Taipei Biennial 2014 has invited Nicolas Bourriaud as curator to organize the exhibition as a direct network of both the local community and the international community brought together by a common interest in addressing aesthetic issues in a new era.

In his recently publicized speech on the topic of "Art and Its New Ecosystem: A Global Set of Relations" on the 29th of December 2013 at the Taipei Fine Arts Museum, Bourriaud said, "Art theory and aesthetic concepts start from discussions with the artists and a dialogue with their work." Bourriaud made a truly remarkable statement in conceptualizing the Taipei Biennial 2014. We can see that when curating an exhibition, Bourriaud shapes both ideas and artworks through open dialogue with the artists. 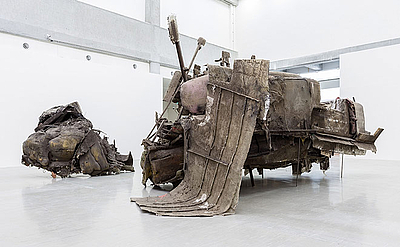 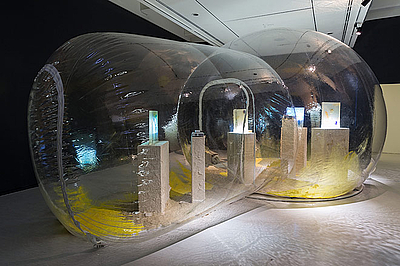 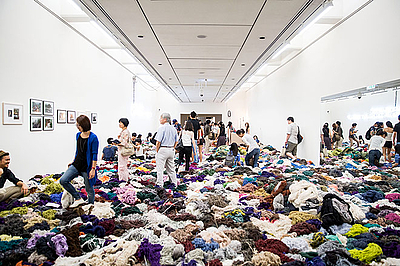 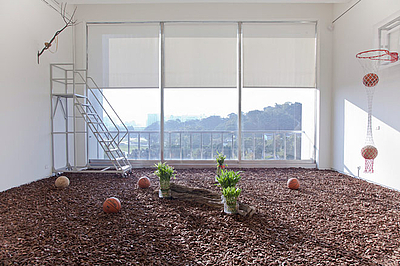 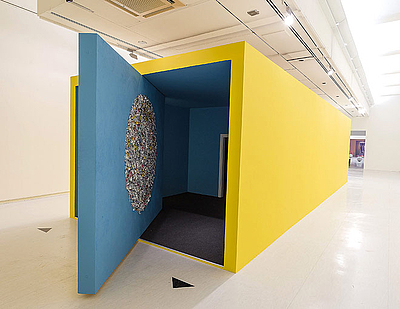