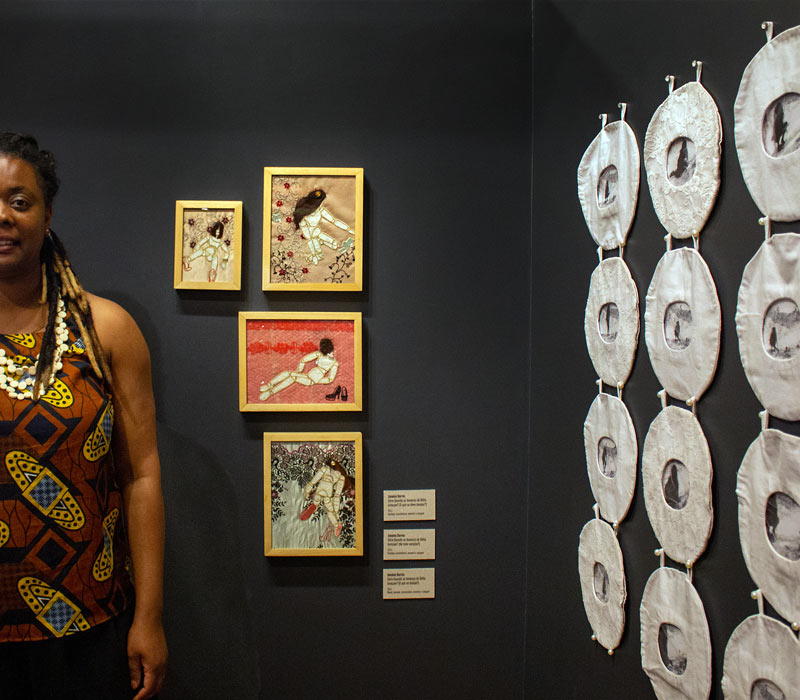 Curated by Claudinei Roberto da Silva, the exhibit presents a selection of contemporary Afro-Brazilian art, most specifically art produced in the State of São Paulo, with works of both established and emergent artists, all of them insurgent in their vocations before the adversities that transcend the art universe. These works, of multifaced character, allow inquiries about identity, memory, black body's policies, gender and political formulations, taking into account the complexity contemplated by the artists' places of speech. 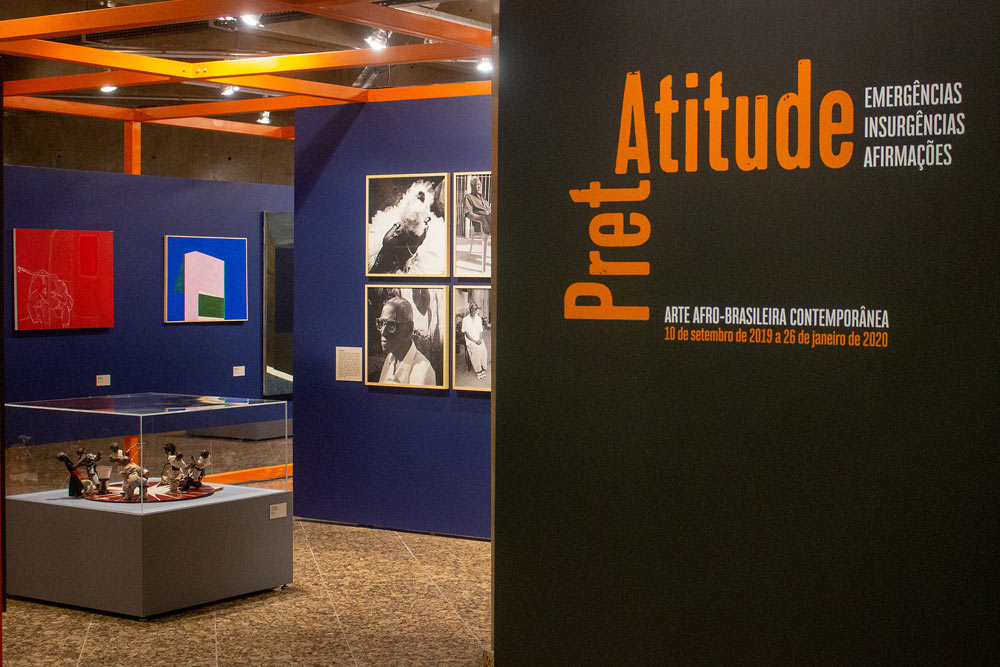 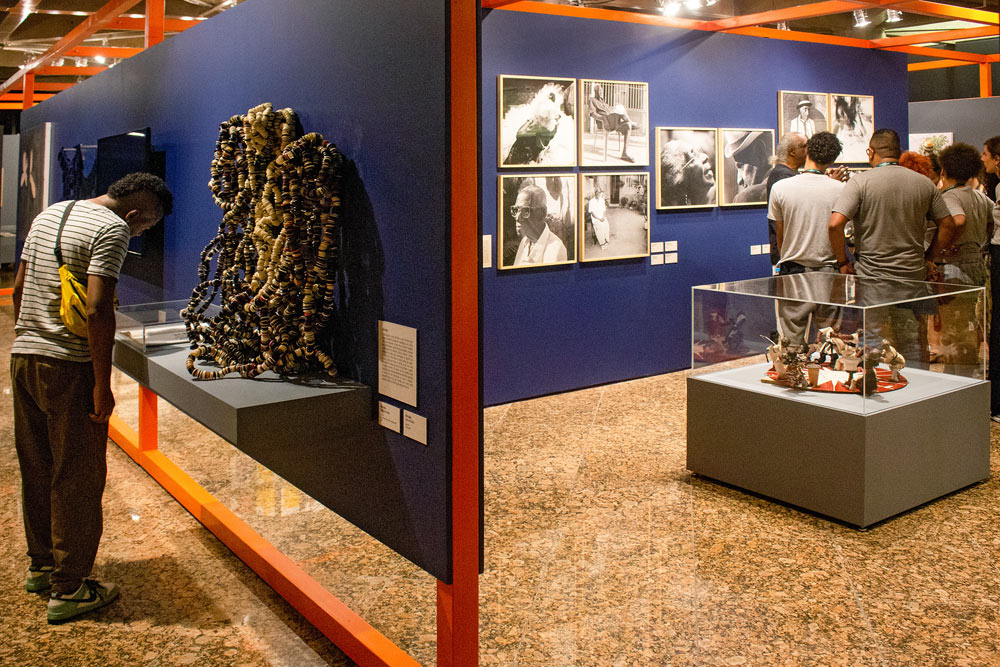 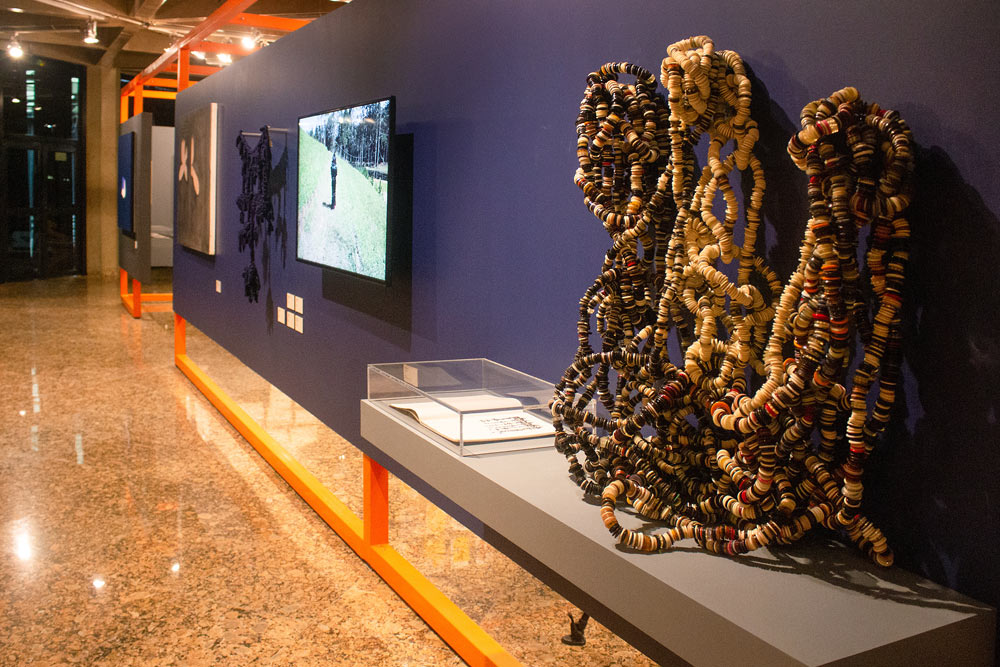 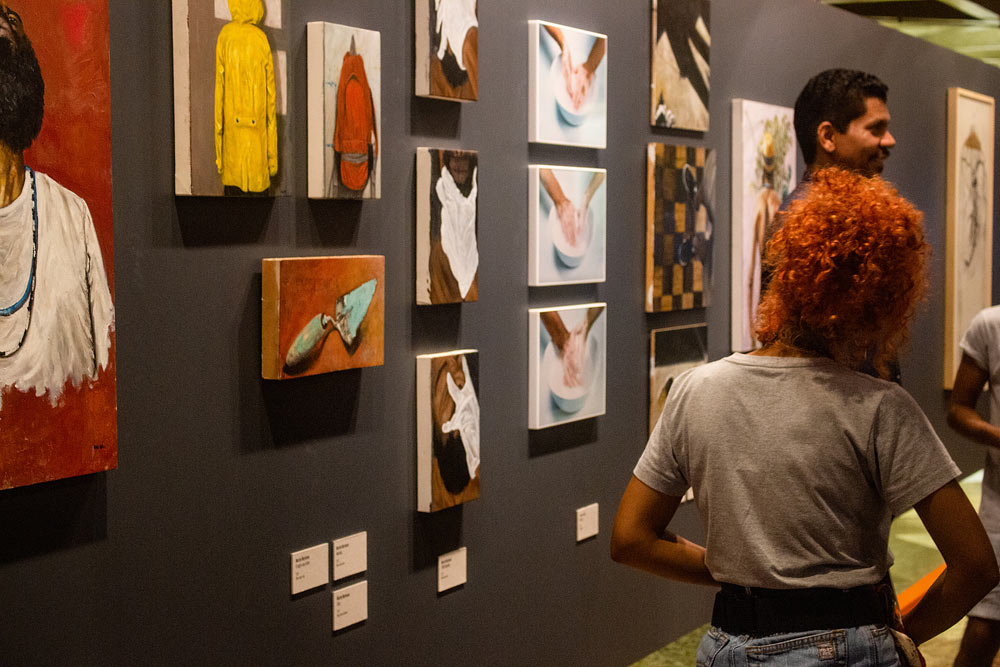 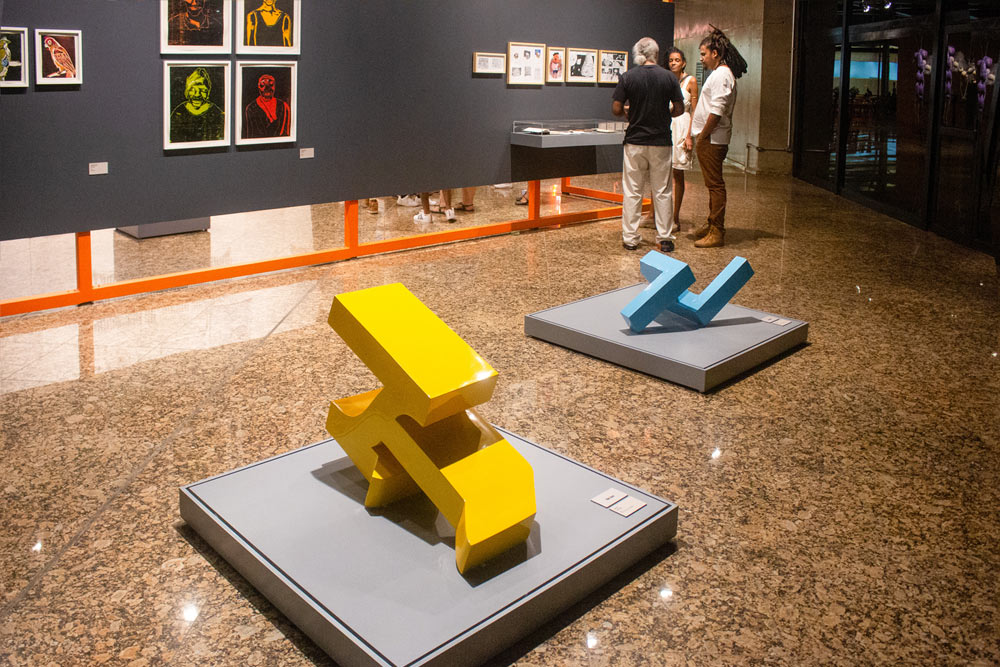 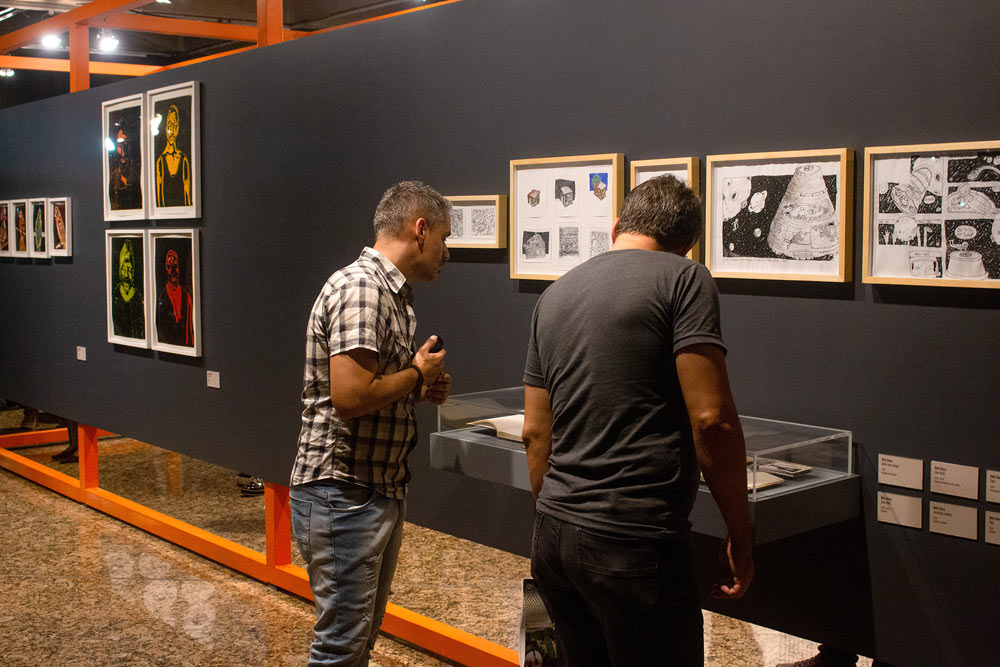 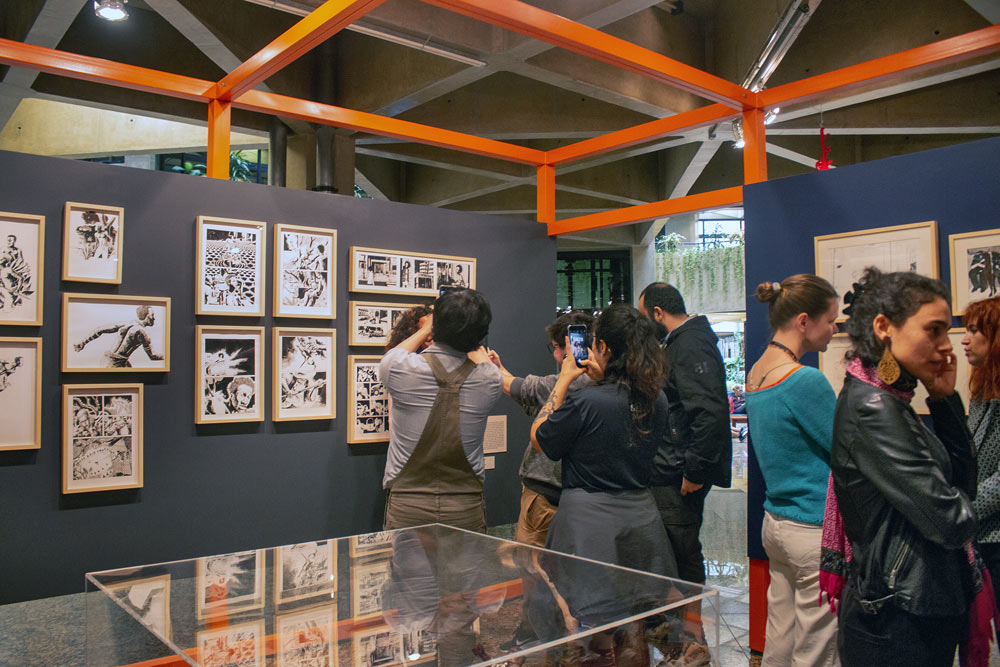 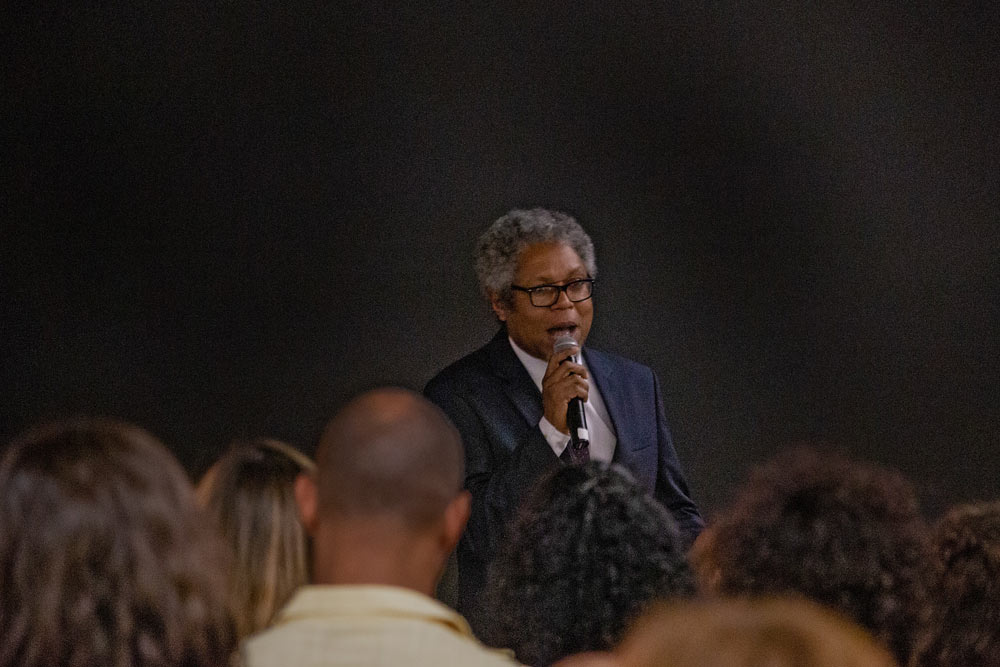 The collective exhibit has been attended by more than 35 thousand visitors and is currently in it's fourth iteration in the State of São Paulo, having been previously showcased at Sesc São Carlos, at Sesc Ribeirão Preto and at Sesc Vila Mariana, in the State Capital, São Paulo. The artworks put together for Sesc Santos' exhibit include pieces by three new artists, and sum up to about 160 pieces of 18 artists, which together delineate a possibility of a contemporary Afro-Brazilian art overview.

"If Afro-Brazilian art constitutes today an undeniable reality, this is due to the obstinate work and tenacious attitude of a whole community of artists, researchers, curators, institutions, museums, galleries and, of course, collectors, but else, and no less important, it is equally due to the struggle of a community of citizens and militants, Afro-descendants or not, committed to generating a cultural scenario which mirrors [an ideal yet to be reached] a pluralistic and democratic society", points out the curator Claudinei Roberto.

According to the curator, this is an affirmative art exhibit. "Afro-Brazilian art", Claudinei says, "arises affirming values, safeguarding memories, revealing and rescuing identities and ancestralities. It proposes a conception of Brazil's art history which, if decolonized, shall be polycentric and, therefore, inclusive. It engages in the prospection and adoption of new paradigms and vocabularies, not only aesthetic ones but also of an ethic character, that questions the doctrines until now consecrated by a elitist, Eurocentric, classist, macho and therefore misogynistic discourse; also racist, heteronormative and, therefore, exclusivist".

The exhibition was originally conceived for Sesc Ribeirão Preto in early 2018, and since then has been around other Sesc's centers in the State of São Paulo, due to its precise and precious framing. Being aware of its role as an enabling agent and validator of artistic manifestations in its multiplicity, Sesc seeks to contribute with the ongoing process of ensuring visibility and affirming Afro-Brazilian art production's reach, in a Country that still conceals the debts engendered by the enslaving of the black populations.