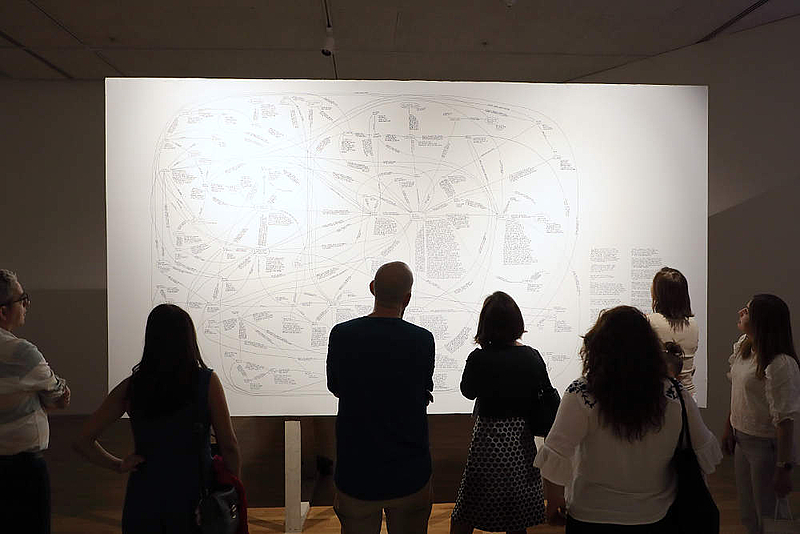 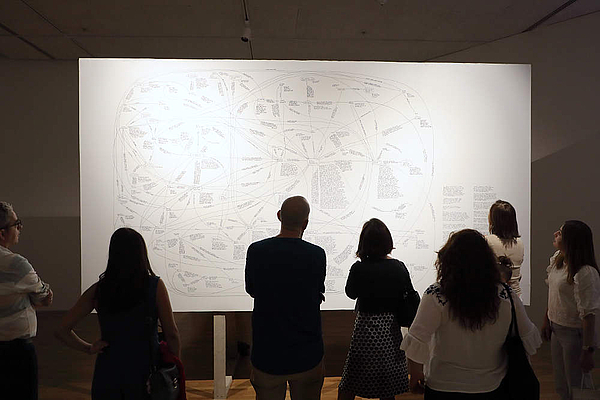 I spent a month in Ramallah in summer 2022 with the aim of finding out about the relations and dynamics in the contemporary art scene of Ramallah, and broader in Palestine. The resulting drawing is the outcome of the quest, where the information received from encounters with various people involved in the art scene has been filtered through my own perceptions. Also, the drawing is a record of the moment in time, and the actual topics in it. My position as an outsider, coming from the privileged global north, and as a guest of a major actor in the local art scene, the A.M. Qattan Foundation, has inevitably also impacted on the information received and recorded. Thus, the drawing must be seen as the result of a positioned endeavour, where various subjectivities are at play. As such, I hope it sparks further discussions on power relations within the art scene and how working together, supporting each other and co-existing could be enabled. In 2005–2009, I created a series of drawings as mappings of various art scenes. In the work Ramallah art scene map, I employed the same method of one-to-one meetings with members of the art scene for collecting informal information in order to study both public and private relations in the art scene. At the core of these art scene mappings is the idea that art is not a ‘democratic’ field of objectivity and transparency, but working relations are oftentimes determined by personal preferences and friendships. The drawings aim to show those invisible connections.