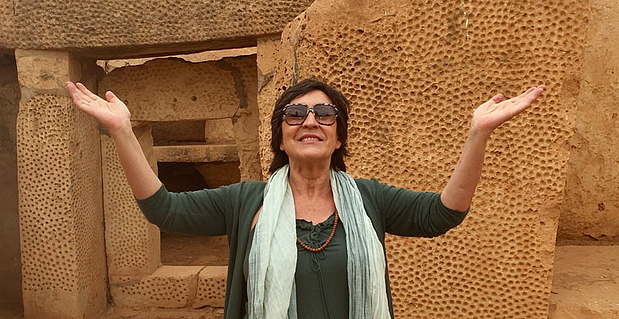 Rosa Martínez is an international curator, writer and art collections consultant. She is based in Barcelona, Spain, where she obtained her Degree in Art History in 1979. For almost two decades (1988 to 2007) she held positions of director or curator of international biennials such as the 1rst Manifesta in Rotterdam (The Netherlands); the 5th Istanbul Biennial (Turkey); the 3rd SITE Santa Fe, New Mexico (USA); the 2nd Busan Biennale (Korea); the 1rst and the 2nd Moscow Biennale (Russia) or the 27th São Paulo Biennale (Brasil). In 2005 she was Director of the International Visual Arts Exhibition of the Venice Biennale with the exhibition Always a Little Further at the Arsenale, which made her –along with María de Corral, curator of the Italian Pavilion– one of the first women directors in the exhibition’s 110 year history.

From its foundation in 2004 to 2007 she was Chief-Curator of the Istanbul Museum of Modern Art, where she set up the exhibition programme, established the guidelines of the collection and organized relevant exhibitions and video programs. In 2007 she curated Chacun à son goût, a show that celebrated the 10th anniversary of the Guggenheim Bilbao Museum. In 2011 she was co-curator of TRA. Edge of Becoming at the Palazo Fortuny Museum in Venice. In 2012-2013 she curated the series of exhibitions What to Think, What to Desire, What to Do for CaixaForum Barcelona, with works from the contemporary art collection of la Caixa Foundation. On the occasion of the 500 anniversary of Saint Theresa of Avila, she organized the exhibition Fear Nothing, She Says. When Art Reveals Mystic Truths, presented at the National Museum of Sculpture in Valladolid, Spain, in 2015-2016.

Besides curating many solo and group shows, Rosa Martínez is a prolific lecturer and a regular contributor to numerous exhibition catalogues, art journals and newspapers.