Forensic Architecture (FA) is a research agency, based at Goldsmiths, University of London. They seek to undertake advanced architectural and media research on behalf of international prosecutors, human rights organisations and political and environmental justice groups. Forensic architecture is also an emergent academic field developed at Goldsmiths. It refers to the production and presentation of architectural evidence – buildings and urban environments and their media representations.

As contemporary conflicts increasingly take place within urban areas, homes and neighbourhoods have become targets, and most civilian casualties occur within cities and buildings. Urban battlefields have become dense data and media environments. War crimes and human rights violations, undertaken within cities and buildings, are now caught on camera and often made available almost instantly. The premise of FA is that analysing violations of human rights and international humanitarian law (IHL) in urban, media-rich environments requires modelling dynamic events as they unfold in space and time, creating navigable 3D models of sites of conflict and the creation of animations and interactive cartographies on the urban or architectural scale.

In recent years FA has successfully tested its methodologies in a number of landmark legal and human rights cases undertaken together with and on behalf of threatened communities, NGOs, prosecutors and the UN. Their work consistently generates robust debate in human rights, architecture and legal circles. Since 2011, Forensic Oceanography (Lorenzo Pezzani and Charles Heller) have combined testimonies of human rights violations with digital technologies such as satellite imagery, vessel tracking data, and geospatial mapping to critically investigate the militarized border regime in the Mediterranean Sea. Their work attempts to document the violence perpetrated against migrants at sea and to challenge the regime of (in)visibility imposed by surveillance on this contested frontier. 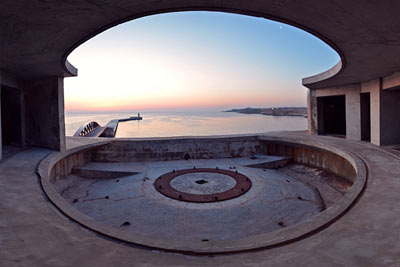