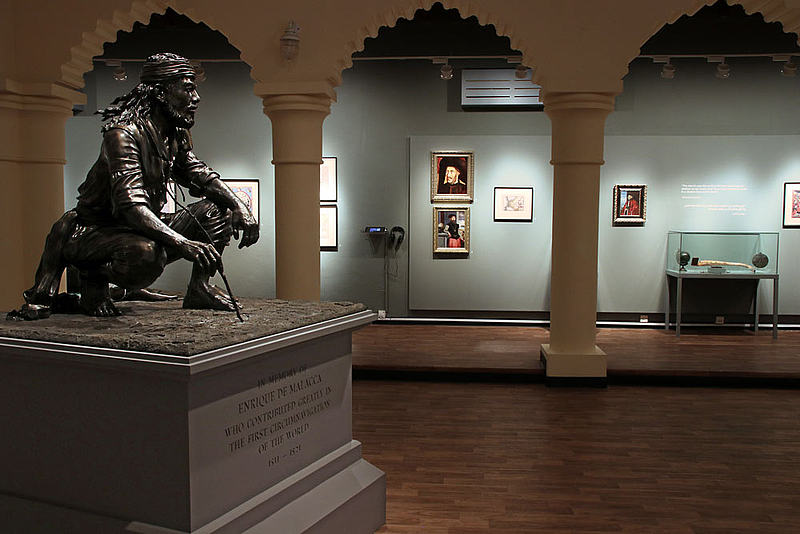 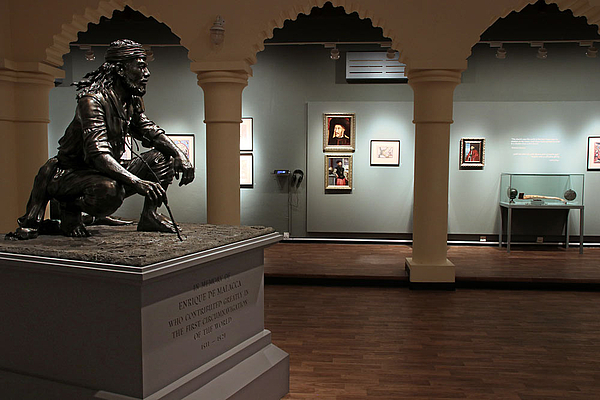 Ahmad Fuad Osman's work often explores abuse of power and historical amnesia in order to challenge canonical narratives. Enrique de Malacca Memorial Project (2016-ongoing) is a fictional memorial based on historical evidence, scholarly interviews and oral religious records. In this expansive installation of video, painting and sculpture, which also represents 16th-century documents, coins, weaponry and clothing, the artist reconstructs a lost character and a vanished archive to negotiate the identity of a man celebrated in Malaysia, Indonesia and the Philippines today.

Osman discovered the figure of Enrique de Malacca in a 1985 novel by Harun Aminurrasyid, in which the artist was introduced to an alternate account of the first man to circumnavigate the world. Although the Portuguese explorer Ferdinand Magellan is usually credited with this achievement, the Venetian scholar Antonio Pigafetta, who embarked on this journey with Magellan, recorded his untimely death in an armed conflict in Mactan on 27 April 1521. Therefore, Magellan never completed the circumnavigation. Enrique, who was a slave captured by Magellan in Malacca in 1511, was also on this journey, a fact verified by the explorer's last will and testament, which set Enrique free upon his death. What happened to Enrique after Mactan remains unknown, this factual void shaping a mythical historical legacy concerning his identity, allegiance and reputation.

In his SB14 work, Osman raises many questions about Enrique, including whether he deserves to be credited as the first person to circle the globe. Through the development of narrative supported by sources from historically and culturally intertwined geographies, the artist questions not only how history is written but also who determines the value of what it holds.

Osman's focus on Enrique de Malacca and his place in history resonates with the film Balikbayan #1: Memories of Overdevelopment by Kidlat Tahimik in SB14.