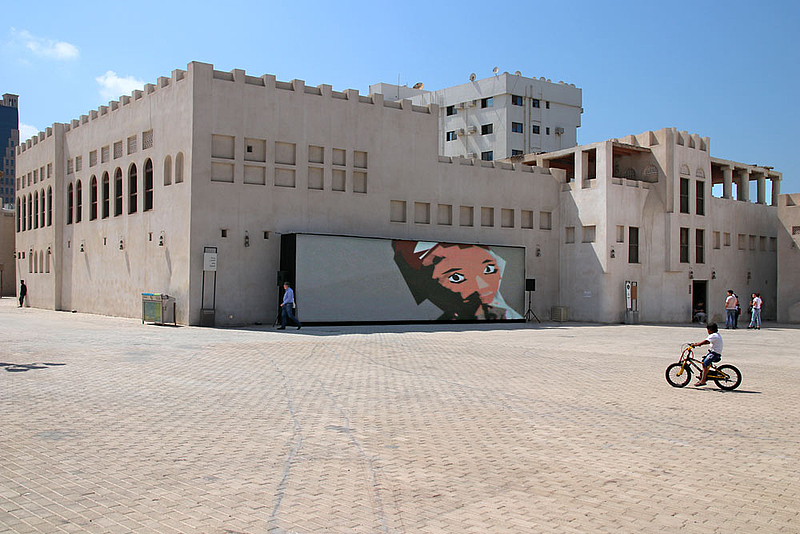 Ian Cheng is best known for his computer-generated simulations and live episodic works that employ programming to explore notions of world-making, social transformation, and human and non-human agency and consciousness. Described by the artist as 'video games that play themselves', these works use predictive technologies similar to software developed by large, consumer-facing businesses to reduce risk by forecasting trends and the outcome of major events (such as election results). Although the artist creates the initial parameters from which his works emerge, the complex computerised logic systems shape plot lines and interaction over time in ways beyond the artist's immediate control.

For SB14, Cheng presents his complete trilogy, 'Emissaries' (2015-2017), on a wall-sized LED screens in Arts Square. A cast of characters and various flora and fauna inhabit open-ended, interrelated narratives that endlessly evolve; no two experiences of the works are ever the same. In Emissary in the Squat of Gods, a volcano begins to erupt next to an ancient civilisation. The people turn to their shaman, who encourages them to remain on their land and appeal to the father gods, while a young girl envisions a path from this troubled land. Lifetimes later, the volcano has become a fertile crater lake in Emissary Forks at Perfection. The land is managed by artificial intelligence (AI), operating a Darwinian laboratory that is completing a post-mortem study to capture the last impressions of human life. In Emissary Sunsets the Self, AI at Crater Lake has evolved into an oceanic substance that has merged with the land to form a sentient atoll. Twelve saturation layers later, the mother AI tires of governing macro layers of life and provokes radical mutations in the landscape in search of a generative death.