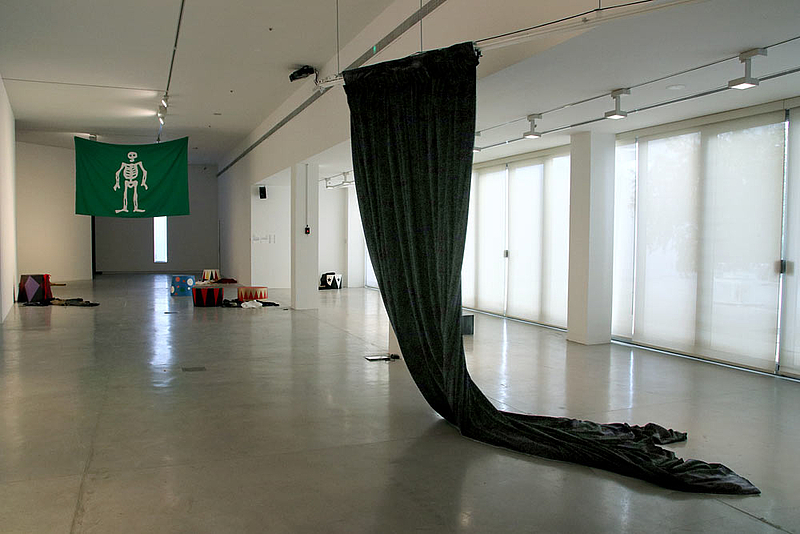 Over the last 20 years, Laura Lima's practice has destabilised conventions of contemporary art viewership, and more specifically, the pat expectation of revelatory insight that people have come to expect from conceptual practices. Instead, her works, which eschew medium-specific or museological classifications such as performance, sculpture and painting, provide opportunity for the exploration of sensorial experience and perspective in real time and space. In her iconic series Man=flesh/Woman=flesh (1997-ongoing), humans and/or animals are staged in the gallery according to a set of instructions and encountered by viewers as matter (flesh).

Expanding on prior work that encourages viewers to reflect on their physicality as sentient beings in space, Lima presents Massive Kinship (solitary promenade), a new commission for Sharjah Biennial 14. Described by the artist as a floating promenade of dark body-planes against pale architecture, the work is animated by the mechanised movement of suspended veils that pass through space and around other bodies in motion, stirring up sensations of inexact harmony and tune.