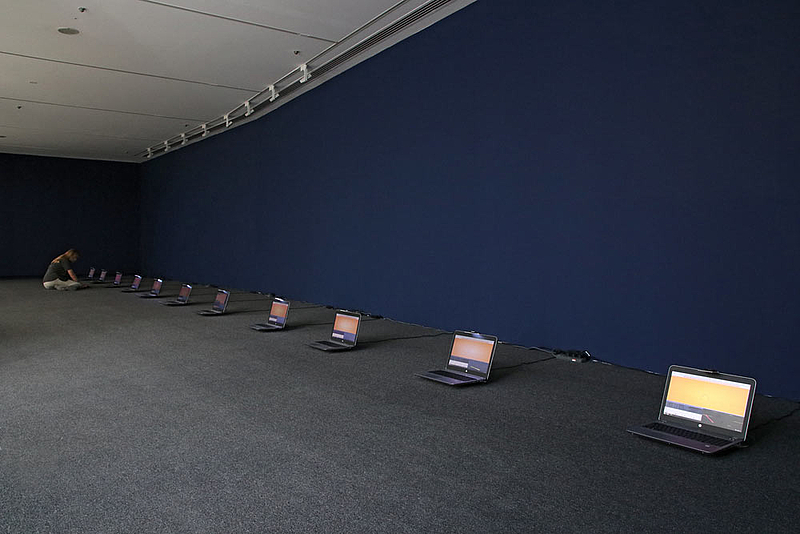 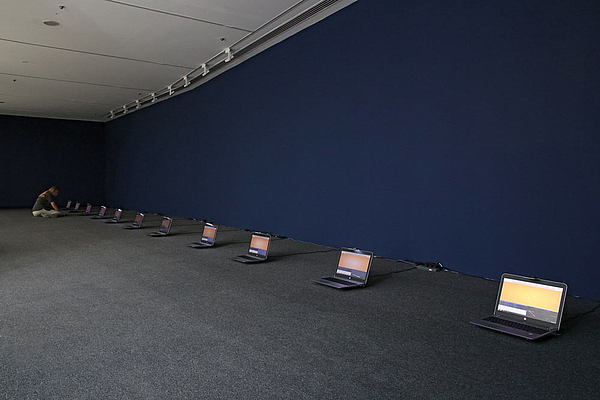 As a writer and performance maker, Annie Dorsen's practice explores the intersection of algorithms and live performance. Her practice centres around a computer-generated structure she developed called 'algorithmic theatre', in which custom-made computer code performs in real time in place of human actors. By collaborating with algorithms as creative partners, the artist allows them to perform freely and unsupervised. This work has helped her rethink categories that define theatre, re-examining the presence of the body and the organisation of time and exploring how digital technologies create new ambiguities around liveness, representation and embodiment. For Dorsen, it is important not to confuse algorithmic theatre with multimedia performance, which typically includes previously recorded material or uses video as an alternate space of representation. Instead, algorithms are not concerned with forms or representation; they start with data sets, and through transformations or a small number of rules, they animate a wide variety of results.

Dorsen's SB14 commission, Infinite Sun (2019), is a tongue-in-cheek exploration of 'artificial spirituality'. Eleven laptops are programmed to spontaneously, autonomously and continuously chant a mix of real and algorithmically-generated spiritual mantras. Drawing on traditions of spiritual call, universal prayer and the relationship between language and mind, this semi-automated performative installation is outsourced to and mediated by the very digital equipment that has become a mental repository of this contemporary moment. Here Dorsen looks for the spiritual hiding everywhere in the digital, its capacity to harness probability and chance, the uncanny resemblance of algorithmically-generated language to speaking in tongues, the psychoanalytic techniques that infer truth from automatism, and the digital realm's ability to dismantle ancient certainties that separate the real and the illusory.