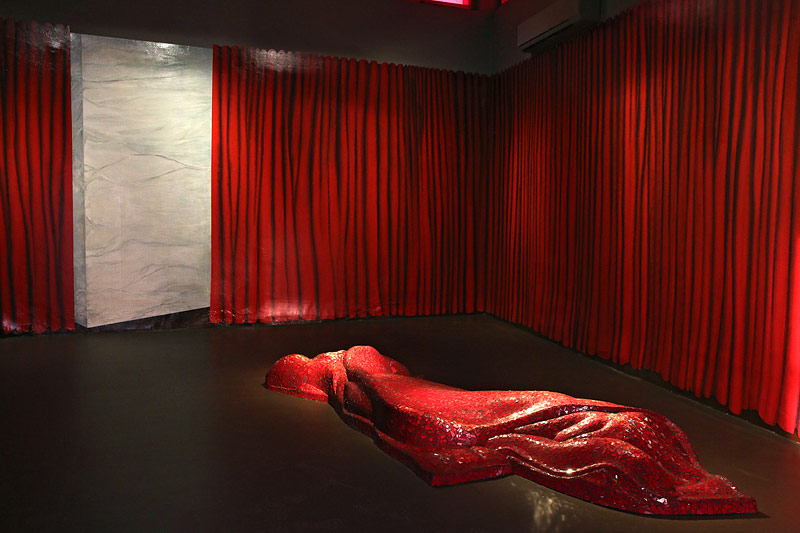 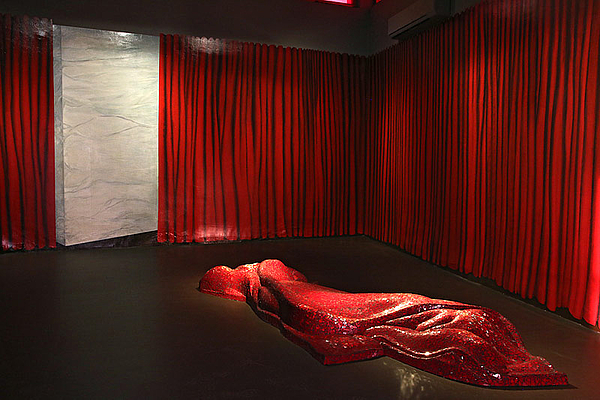 Over the past few years, Mahmoud Khaled has reassessed the formal and technical concerns of his educational background in academic painting through the lens of a conceptual practice. The role of illusion, representation and performance has been central to this examination as well as to his ongoing exploration of art’s potential in times of social and political change.
Conceived for Sharjah’s Ceramics House, a place still used by local artists today, this work sets the stage for a ceremonial unveiling or inauguration that is still to come. A sculpture reminiscent of a commemorative cornerstone, which often marks the founding of an important building, is installed in the middle of the space. Trompe l’oeil paintings and mosaic compositions further lend ceremonial expectation and weight.
Seagulls Are Flying Close to the Ground takes its title from a poem by Fernando Pessoa that discourages living in anticipation of the future. The work is also informed by the late ballet dancer Rudolf Nureyev’s tombstone, which appears to be draped in an antique carpet but is instead an exquisitely executed mosaic relief. Between the celebration of the future and the commemoration of the past, Khaled searches for a practice that does more than support our capacity to hope and remember.
(From the SB13 Guidebook)

* 1982 Alexandria, Egypt. Lives there and in Trondheim, Norway.