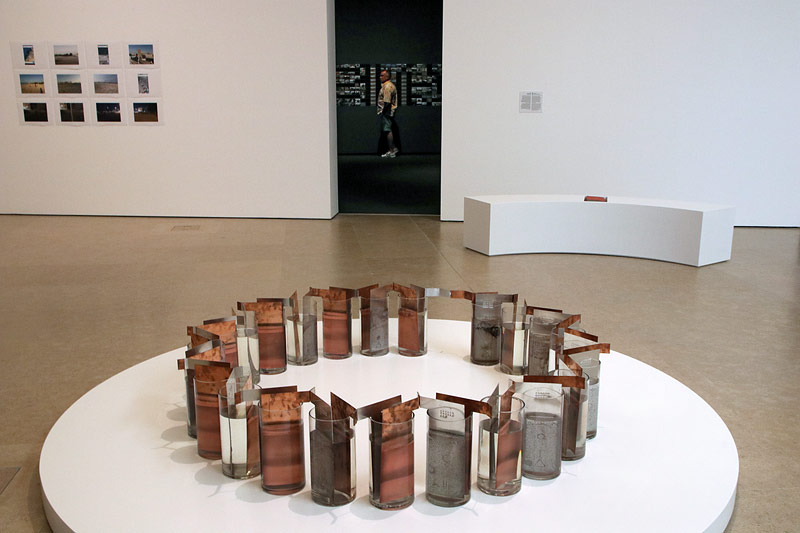 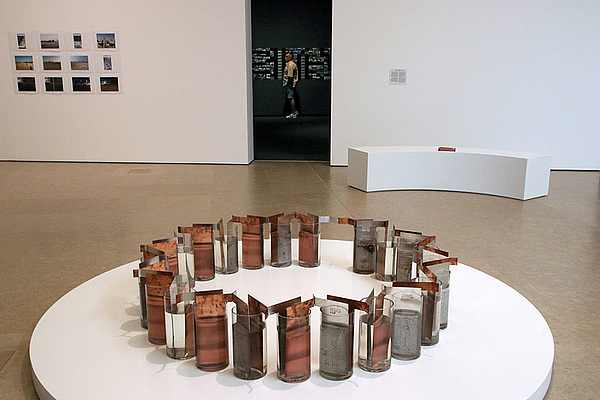 In June 2017, a windmill built by the Sigil Collective in collaboration with Yaseen al-Bushy and Abu Ali al-Kalamouni in the Damascus suburb of Arbin, was destroyed by an air raid. It had been in operation since June 2015, i.e. for a total of twenty-four months. Its power was used to run an underground field hospital. Plans for its replacement are currently underway.

Electric Resistance is both a monument to the windmill as well as a continuation of the act of creative resistance, one that takes power literally. Composed of twenty-four cells, one for each month in which the windmill was in operation, the monument acts as a battery, producing a small source of light. On the edges of the copper and aluminum plates, the story of the windmill’s construction and destruction is manually inscribed.

Commissioned for Fruit of Sleep.