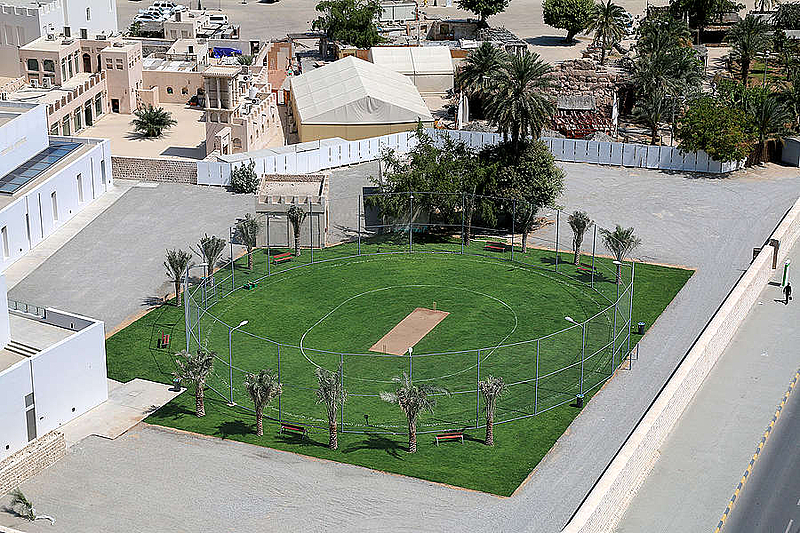 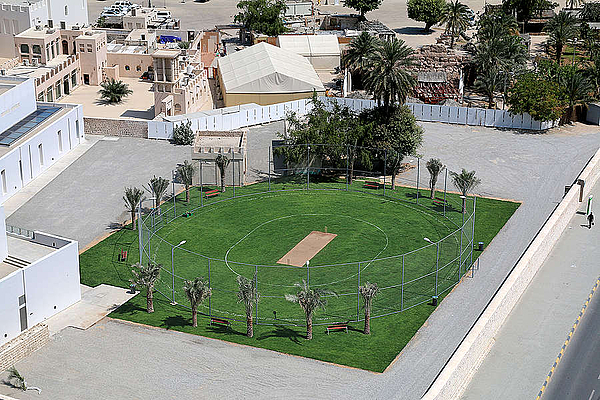 Expanding on Gary Simmons’s interest in drawing and sport and addressing the pastime of youths across Sharjah, Across the Chalk Line (2015) is a public art project in the form of a junior-sized cricket oval designed for neighbourhood children.

A quote from CLR James’s 1963 book Beyond a Boundary demarcates the field’s boundary line in four languages, asking 'What do they know of cricket who only cricket know?' James’s question is inspired by a line from Rudyard Kipling’s 1891 poem The English Flag: ‘What do they know of England who only England know?’ The quote, now rendered in Arabic, English, Malayalam and Urdu, questions what those who play the game understand about its cultural and political significance, and moreover, what its players know of cricket’s meanings in cultures beyond their native land.

Simmons seeks to inspire viewers to question cricket’s significance with regard to race and class both in their homelands and abroad, to look beyond the rules of the game and consider its broader political meaning. Across the Chalk Line provides a playing field for children and invites viewers to cross the boundary into the realm of cricket to ponder not only the beauty of the game but also its social and political potential.