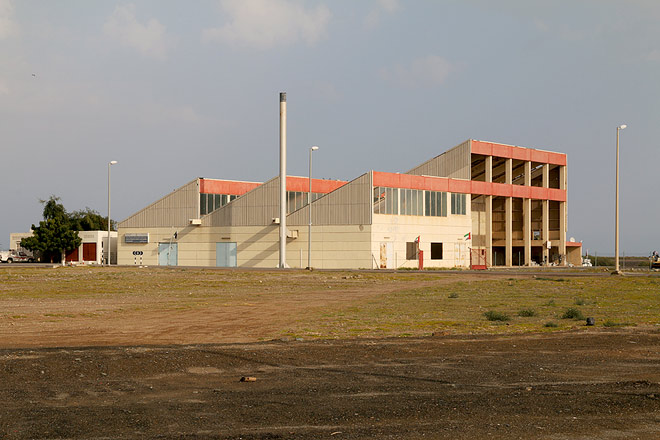 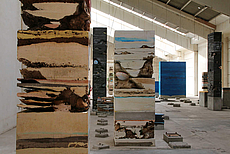 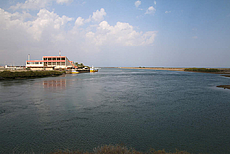 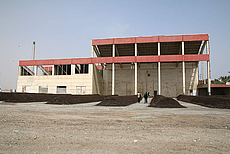 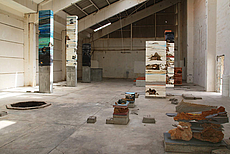 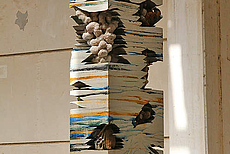 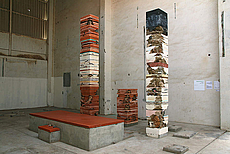 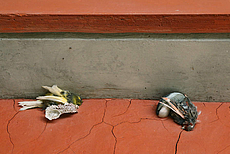 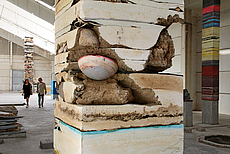 The practice of Adrián Villar Rojas (* 1980 Rosario, Argentina) is marked by large-scale, site-specific interventions that incorporate his fascinations with battling ecosystems, physical decay, unlikely rebirth and man’s interference in it all.

Continuing his recent experiments with organic matter, colour, suspension and cultivation, Villar Rojas has stationed his team of carpenters, metal workers and artists in an abandoned ice factory in the east-coast city of Kalba for two months to develop a massive installation of new works. Extrapolating on cement protrusions, trenches and pits left behind at the site, the team introduced vast amounts of construction materials and a range of plants, shells, rocks, trash and bones collected in the UAE to cover the 2,400-square-metre space with a balanced composition.

Mimicking a filtration-system he witnessed in the Sharjah Municipality’s composting plant, Villar Rojas has also deployed tons of freshly produced compost to frame the main plaza of this obsolete factory. An anomalous substance in the region, such enriched soil demonstrates how increased consumption and demographic expansion can be transformed into living parts of the environment.

Titel: The past, the present, the possible