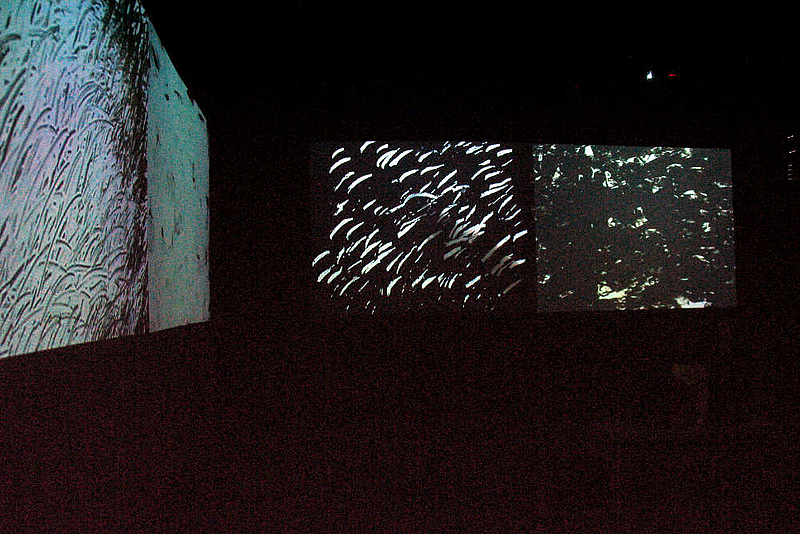 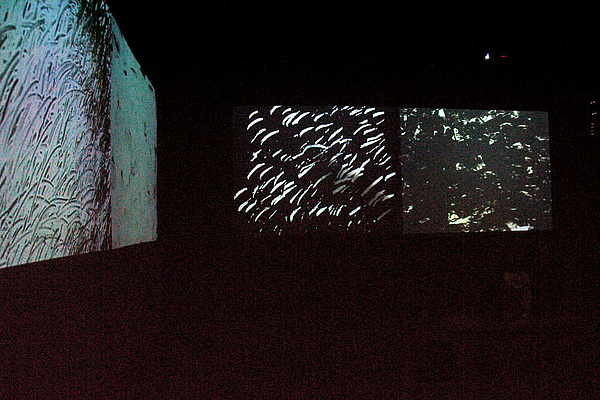 Anas Al-Shaikh uses his nose to paint with black and white colour on glass panes. Afterwards, he scrapes it off with his fingernails. The work plays with the metaphor of building and demolishing, as well as with the contradicting symbolism of 'black' and 'white' in relation to positive and negative action of people.

This work deals with the idea of building and demolishing through the euphemism of black and white. We confront these two contraries as a symbol of the actions of people all around the world: East, West, North and South. These actions either negatively or positively affect humanity and its societies, liberties, rights, and ecosystems. A nose and an index fingernail are used as tools to build and demolish the workspace. The nose is the main and natural mode for breathing air and smelling different scents, so the nose becomes a symbol of societies' sensitivity and awareness of life, the environment, survival and the future. The fingernail is a symbol of the affect we leave on life, as the index finger is used to point, order, negate, reject, and affirm. Scratching and leaving marks on the workspace with the nail of the index finger is a symbol of human action and how it can form contrasting effects that negatively or positively influence societies.