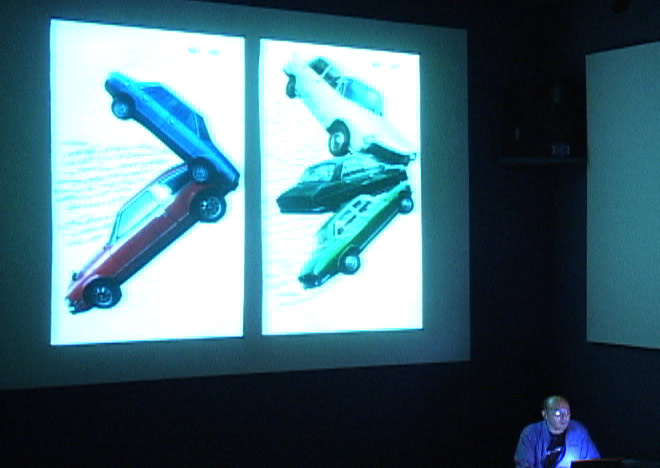 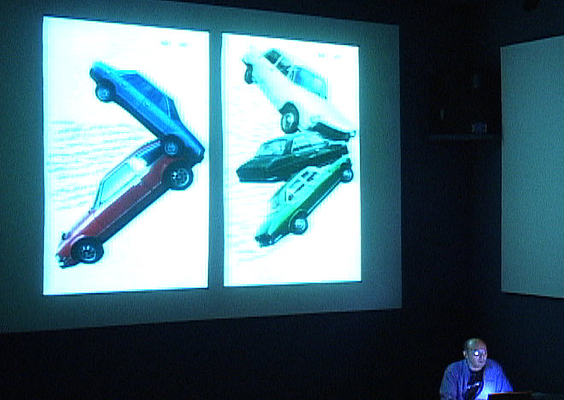 The Loudest Muttering Is Over: Documents from The Atlas Group Archive, 2003
Video, 1h13’18”. Dokumentation einer Performance
Aufnahmeleitung: André Finotti
In this lecture-performance presented at the 14th International Electronic Art Festival Sesc_Videobrasil, Walid Raad introduces The Atlas Group, an imaginary research foundation which provides “elucidative views of recent Lebanese history and the Palestinian conflict from a non-Westernized perspective,” in his own words. The artist comments on archives culled from the collection of photographic images, notepads, films, and memories supposedly amassed by the group, and presents fictional characters such as Fadl Fakhouri, a specialist in Lebanese history. Developed between 1989 and 2004, and presented at Documenta11 and the Venice Biennale, the project discusses the connections between art, archive, and history.