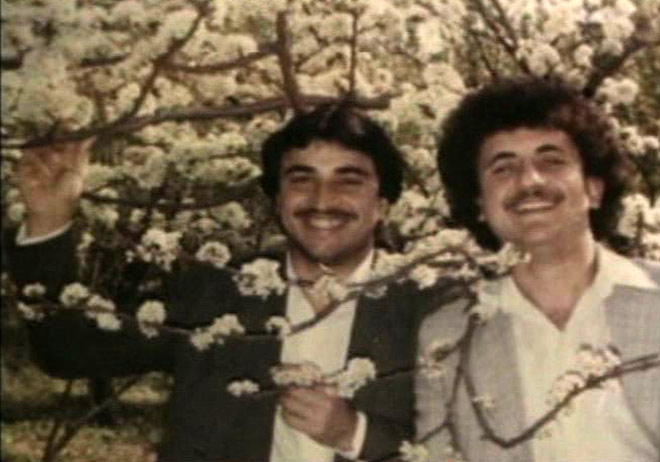 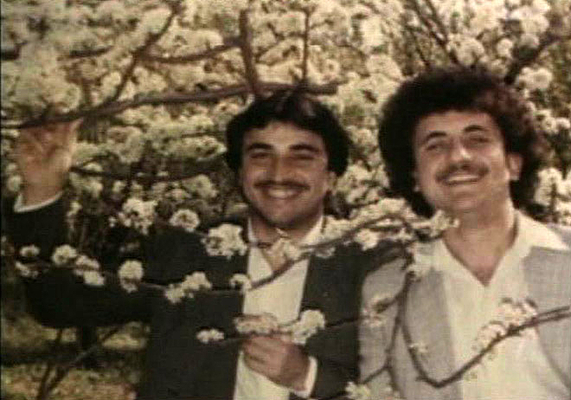 Face A Face B, 2002
Video, 9’40”
The artist’s voice is heard singing a song that combines the melody of an old communist tune and lyrics about the Lebanese rebel militants. He recalls that as a child, he used to send tapes to his older brother, then a student in Soviet Union. Upon appropriating personal archives, such as photographs of his family’s house in Beirut, destroyed by a missile, Mroué connects his biography and the devastating macro-history of the period, the Lebanese Civil War (1975 -1990), without resorting to sentimental whining from the conflict’s victims or to visceral depictions of violence.

Rabih Mroué is an actor, director, playwright, and visual artist. He is also a cofounder and a board member of the Beirut Art Center (BAC), Beirut. His complex and diverse practice, spanning different disciplines and formats in between theater, performance, and the visual arts, deals with the issues that have been swept under the table in the current political climate of Lebanon. He has shown works at the 11th Istanbul Biennial (2009), the Sharjah Biennial (2009), and the Biennale of Sydney (2006).