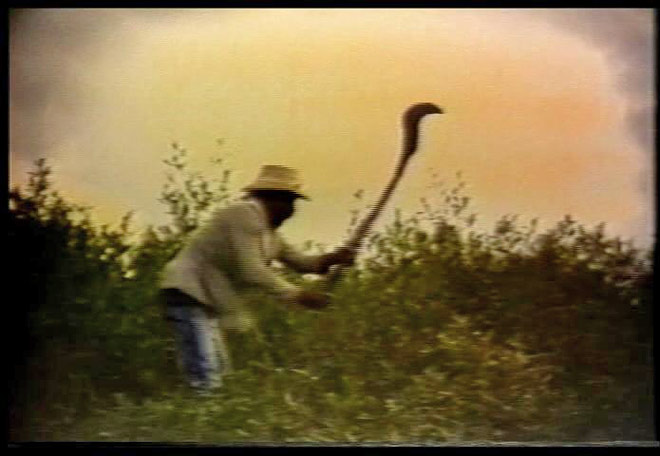 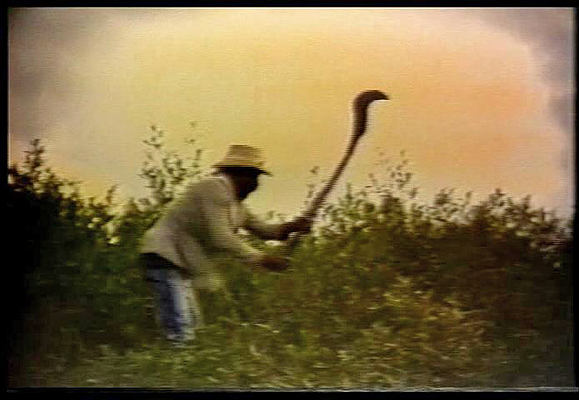 Contestado, a guerra desconhecida, 1985
Video, 55’27”
Produktion: Irani Produções Ltda.
This piece traces back the roots of the civil conflict that erupted between 1912 and 1916 at the border between the states of Paraná and Santa Catarina, with the construction of the São Paulo-Rio Grande railway. The work drove out farmers and locals across a fifteen-kilometer section on either side of the tracks, donated by the government to the railway company. The violent act of eviction gives rise to the Contestado War, as settlers rose against the government, multinational corporations, and oligarchies. A narrative comprised of archival material, maps, images of the area, and accounts from surviving witnesses, the documentary sets out to retrieve that which may have been forgotten, a part of the little-known struggle for land in Brazil.