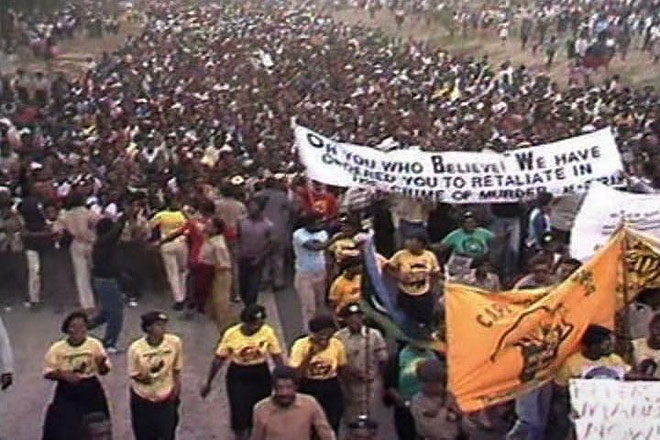 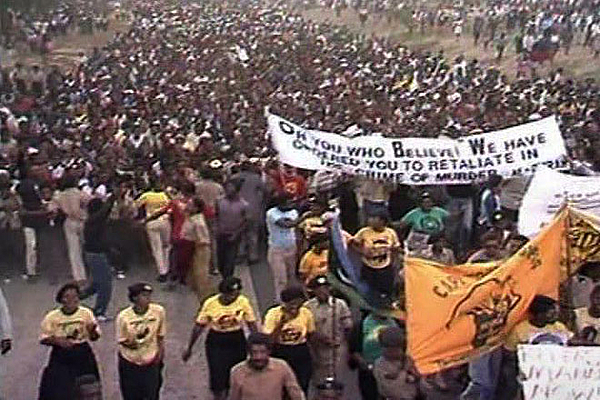 Untitled (Zimbabwean Queen of Rave), 2005
Video, 3’48”
The video intersperses footage from demonstrations in Africa and raves in the United Kingdom, to the sound of the hit song Everybody’s Free (To Feel Good) , by the Zimbabwean singer Rozalla. The dynamic editing, reminiscent of 1980s British scratch videos, draws a parallel between two situations that lose their confrontational potential upon being recontextualized through media. The rave movement, once linked to a denial of the yuppie lifestyle, becomes an empty fad; the contestation of African movements seems devoid of a cause. The freedom of dancing as a manner of protesting and of protest as a dance is framed by the rectangle of television, which is made into a metaphor for a process of appropriation and emptying.

Dan Halter’s videos, installations, and objects often employ elements appropriated from African culture in order to discuss the erosion of human rights in the continent. He featured in the 3rd Guangzhou Triennial (China, 2010), the 10th Havana Biennial (Cuba, 2009), and group and solo shows in South Africa, Italy, Germany, and Brazil. He won a residency prize, at the 16th Festival Sesc_Videobrasil (2007), which he undertook at the Sacatar Institute, in Bahia.