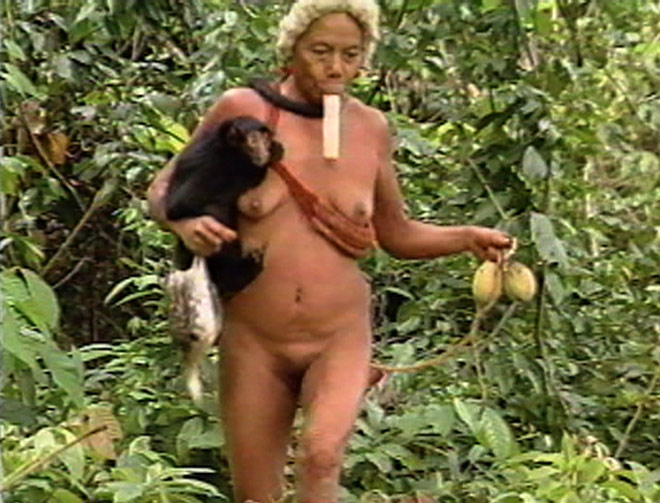 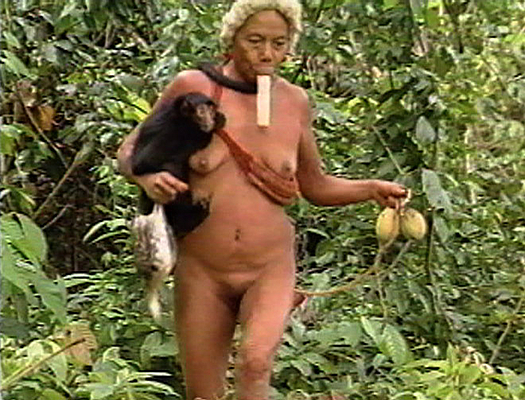 A arca dos Zo’e, 1993
Video, 21’25’’
This piece is about a visit paid by Wajãpi native Brazilians, from the state of Amapá, to the Zo’é, an isolated tribe from Pará, looking to document their lives and customs. In a self-ethnography of sorts, the natives themselves orchestrate their perceptions, choose characters, and reinvent themselves through video. The scenes alternate images from the two tribes, in an attempt at didactically portraying similarities lost between the two ethnic groups. The issue at hand is that of reconsidering the indigenous way of thinking and making history, another history.

Vincent Carelli is an indigenist and filmmaker. In 1986 he established NGO Vídeo nas Aldeias, which provides formal training to indigenous filmmakers. He shot a series of documentaries connected to that work, including the trilogy O espírito da TV, awarded at the 9th Videobrasil, and Corumbiara (2009), about the massacre of isolated native Brazilians in Rondônia. In 1999, he won the UNESCO Cultural Diversity Award.

Dominique Tilkin Gallois is an anthropologist, a faculty member at the Department of Anthropology and coordinator of the Center of Amerindian Studies at the University of São Paulo. Since 1977, she has studied Amerindian aesthetics and indigenous verbal arts. She edited the book Mairi revisitada (1994), and coordinated the collection Redes de sociabilidade nas Guianas (2005).