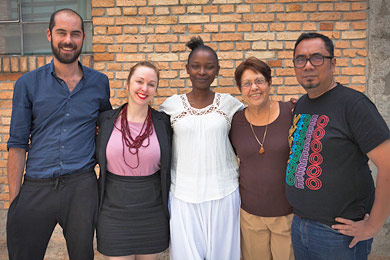 Apart from the first prize, which grants the winner with an amount of money, there are nine other prizes in the form of two month artist residencies, in associated institutions worldwide (Brazil, Chine, USA, Lebanon, Mexico, Poland and Senegal).