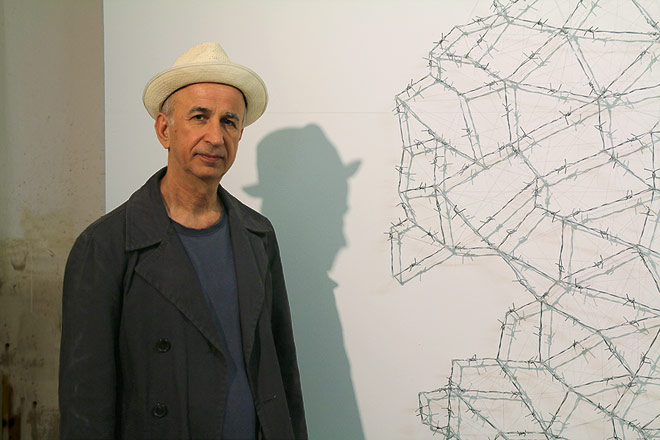 His work developed in response to the ongoing upheaval of conflict and processes of transformation prevalent in the Middle East. Siti takes inspiration from the cultural heritage of his native land that is crisscrossed with militarized borders and waves of migration. Mountains, stones and historic cultural elements feature prominently in his work, symbolising collective strength, sanctuary and the power of monolithic forces. Siti’s work increasingly considers the tensions between collective identity, interdependence and its constraints on the individual through considerations of heritage, tradition, homes, borders, mobility and migration. These themes have had an imprint on his outlook, and contributed to both his art and life.

Born in Iraqi Kurdistan, Siti lived in the former Yugoslavia before seeking political asylum in London during increasing aggression against those opposed to Iraq’s Ba’athist regime. Based in London since then, Siti’s experience of exile feeds off his work, which at times can be read as a poetic observation of the rapid changes in Erbil after its stagnation from years of war.