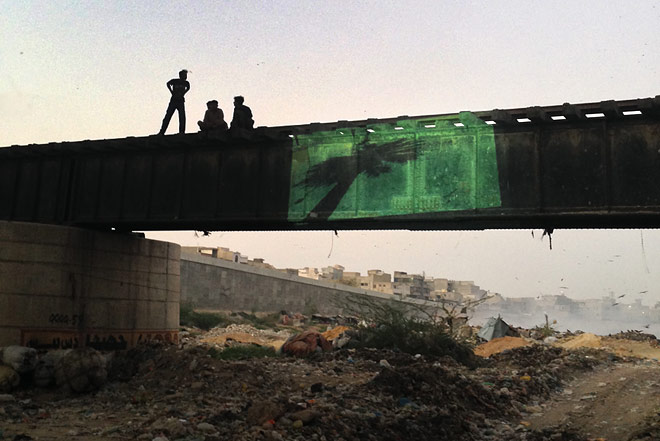 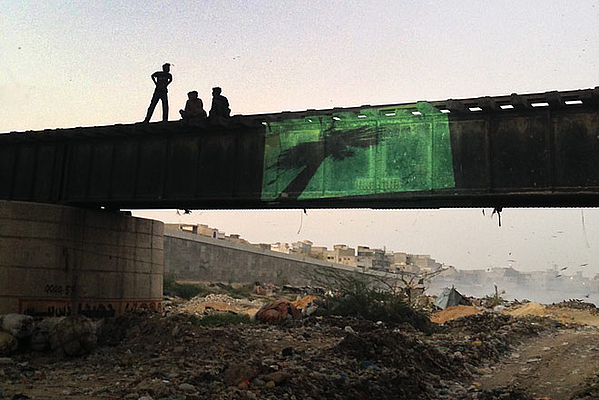 Dispatches from the Edge/End of the World. 2012

Screenings am 15. Februar 2015
Lyari Express Way
Dispatches from the Edge/ End of the World is a jilted narrative of a lonesome plastic palm tree against the urban landscape of a what appears to be a ubiquitous construction site. Like psychograms transferred to a physical state, the clicks, hisses, gurgling and screeching voices that accompany the video metamorphose into decelerated moving images.

It was projected in what appeared to be an oasis of landfill that lay hidden underneath the network of Lyari Expressway’s smoothly constructed concrete and asphalt structures. The monumental highway barriers form a periphery around the makeshift neighborhood. Families from various ethnicities that were forcefully evicted because of the construction of this highway now nestle themselves in makeshift homes dotted along the skinny Lyari river. The supine angles of the concrete monsters that cut across the night sky meet mines of garbage sourced from the entire city, laying claim to this dystopic landscape as No Man’s Land. 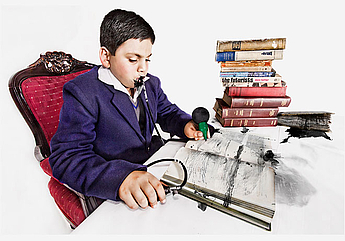