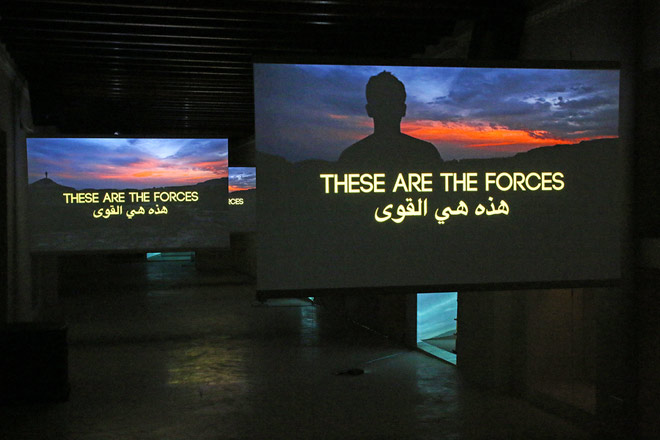 We are believing and dis-believing
We are in the midst of the not yet material
or perhaps the already determined
inhabiting a time of radical potentiality and its collapse
In search of a new language
in need of this
always on the verge
always becoming and yet…
The Incidental Insurgents is mapped out as a three part multi-layered narrative, with chapters completing and complicating each other, and unfolding the ‘story’ of a contemporary search for a new ‘political’ language and imaginary. Multiple texts and fragments, largely the writings of Victor Serge and Roberto Bolaño, alongside manifestos, memoirs, testimonies, and text written by the artists, are sampled and re-pieced together to form an altogether new script. As the project unfolds and the search continues, new threads emerge that take us into expected and unexpected places, deadly serious and deadly playful all at once. Contributing to a growing density of material, where the figure of the incidental insurgent, part bandit, rebel, part vagabond, artist, returns and resurges in many forms and characters. Recast into a convoluted script of sampled text, images, objects and sounds.

The Part about The Bandits, begins with four seemingly disparate coordinates, the early anarchist life of Victor Serge and his contemporary anarchist-bandits in 1910’s Paris; Abu Jildeh and Arameet and their bandit gang involved in a rebellion against the British in 1930’s Palestine, the artist as the quintessential bandit in Roberto Bolaño’s novel The Savage Detectives set in 70’s Mexico, and the artists themselves in present day Palestine. Weaving the first part of the story by looking at the resonance between the inspiring, bizarre and sometimes tragic stories of these diverse bandits, the outsider rebel par excellence, often rewritten as mere criminals (or naively romanticized as wayward figures) and excluded from the narrative of revolutionary struggle. Ironically these figures most clearly articulate the incompleteness and inadequacies in existing oppositional movements' political language and imaginary. Often desperately searching for a language able to give form to their impulse for more radical forms of action.

Unforgiving Years, the second part of the story, traces the metamorphosis of these incidental figures (Serge, Bolaño, the artist themselves) or the resonance of their final gestures years after they have been killed (Bonnot Gang, Abu Jilda), following the figures or their echo to strange places and obscure positions. Arriving at a vanguard political publishing house in 1970’s Jerusalem. Perhaps it is here that the trace of Abu Jildeh, dead then for 40 years, returns.

Where the first part of the story expresses the impulse for more radical forms of action, the characters urgent need to overcome their unbearable living conditions, the second part partially looks at what happens when these gestures are unfulfilled, for those who are not killed, somehow left behind. At the same time, it will unfold a recurrent impulse to refuse the seeming ‘permanence’ of a capitalist-colonial present, that though defeated at multiple moments continues to resurge and return. Unforgiving Years is about things lost and others glimpsed in the wreckage, about what can be conjured into being from the ashes. A victory in defeat. A provocation to rethink the seemingly un-imaginable.

"Then they would reshuffle the pieces of this story and talk to me about those shadowy figures, those occasional brothers and sisters -in-arms, the ghosts populating their vast freedom, their vast desolation." In the last part of the search When The Fall of the Dictionary Leaves all words lying in the street (2015), obsession gives way to hallucination. Times, places and characters recede leaving only the impulse towards that unfulfilled desire for a radically different way of being. We are somehow in the folds and density of moments, recaptured, retrieved and made anew, embodying all the characters and situations we have lived vicariously. That is to say embodying all times.

"This was a daydream, Vaneigem cheerfully admitted – but daydreaming subverts the world." When this free field was finally opened by the noise of the exploding syntax, when the fall of the dictionary left all words lying in the streets, when men and women rushed to pick them up and make pictures out of them, such day dreams would find themselves empowered turning into catalysts for new passions, new acts, new events: situations, made to be lived by their creators a whole new way of being in the world."

The installation is a physical, visceral experience, a hallucinatory daydream in itself. A multi-channel sound piece is the main pulse of the work, with 4 screens playing intermittently and creating a choreography of movement and pauses, synchronization and disjuncture. Slight traces, objects and material from this hallucinatory search appear in the space between the screens, in a very pointed manner, as though they are another code we are meant to decipher, a broken syntax to be reassembled, an unfinished map. The beginning of a daydream, one that could subvert the world as the Situationist would have said.

The Incidental Insurgents is meant as an investigation into the possibilities for the future rather then the past, where a convoluted story situated in multiple times starts to emerge. Initiating an obsessive search to figure out how we, like the incidental figures before us, find ourselves inhabiting a moment full of radical potential and disillusionment. Searching for what we cannot yet see but feel is possible. 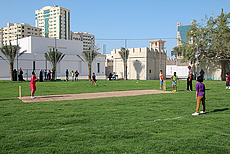