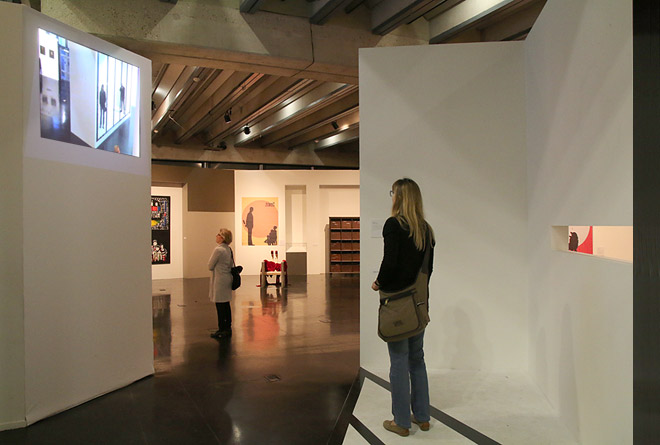 The title sounds like a slogan: it must be repeated, stressed upon, and shouted as if in a protest. Of course, the invited artists belong to different generations and all have not left a Syria put to fire and sword. But whatever their personal path may be, they chose, at some point, to leave and continue their work freely. Becoming, almost despite themselves, pacifist ambassadors of their country and their families who remained there, how could they do otherwise than to seize the situation and respond in their own way to the death drive orchestrated by the regime since the first uprisings of 2011. Without imposing any visiting directions, or specific thematic entries, the artworks unfold in space while defying the constraints of place. Yet a certain logic emerges from the whole, building an almost unconscious understanding of a blurred page of contemporary history...

>>> Siehe die Kunstwerke
in einer Fototour durch die Ausstellung
Let’s not be naïve : art by itself will not change Syria. However, we do hope that these artworks will, by their soft power, reverse the trend by contributing to building a peaceful nation and preserving the memory for the new generations.