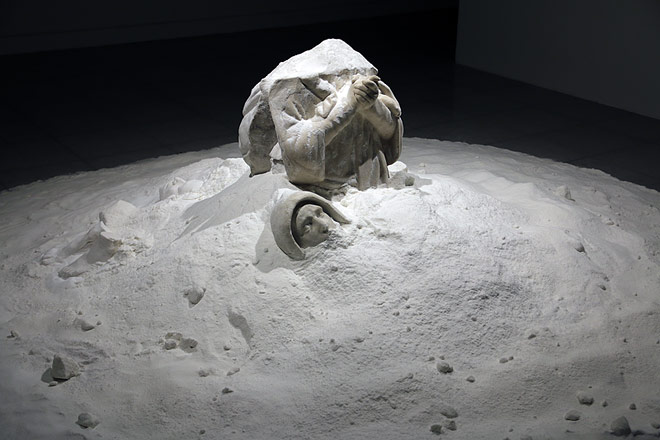 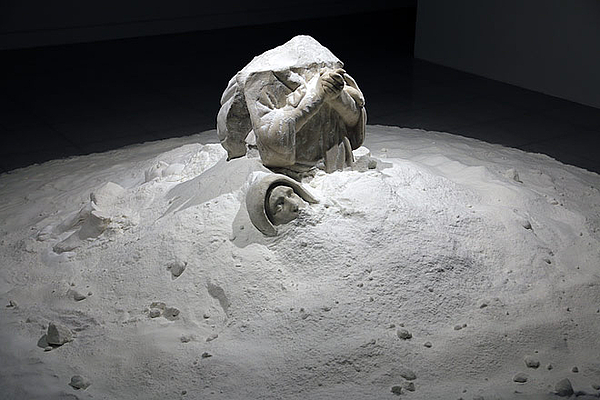 Trento 53. 2012
Skulptur, Performance
200 x 200 x 200 cm
In this work, Giraldo uses two images. The Virgin, one of the most worshipped figures in the Catholic Church, is used to show the interrelation between the concept of the Virgin, and the faith in the Immaculate Conception; the other figure is the biblical character Edith, wife of Lot, who refused to follow the mandate of looking ahead in order to be saved. She turned into a pillar of salt after looking back to see, to recognize and to remember the life in Sodom, the place that represents the reality on Earth. In the Old Testament, salt means permanence, loyalty, durability, fidelity, utility, value, purification and commitment.

Based on these two references, her works compare concepts related to the earthly and the heavenly world. Giraldo uses salt to remind us that the power of religion, church and colonization is possible because believers in these systems accept the mandates without questioning them.