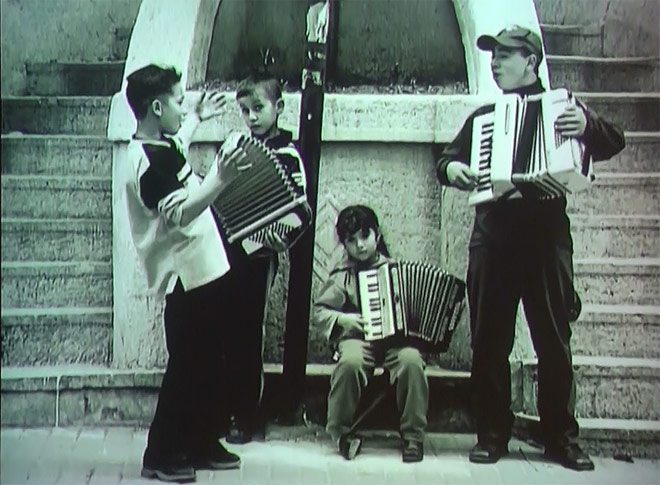 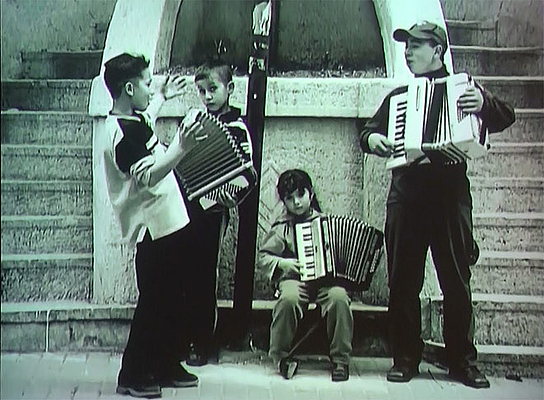 Treppe. 2001
Einkanalvideo, Ton, 4'40"
The work of this renowned Turkish artist has explored, with a rebellious and risky determination, the uneven historical status of women as a result of the roles they have been appointed to in their culture. It has also examined the transformation of her city because of political changes in the region. Stairway is a video of Romanian children who make a living as street musicians in Istanbul. It represents an updated critical and reflective stance that reveals the results of the many migratory processes repeated throughout the planet as a feature of our time.